More than 5,500 people, including prominent French politicians, scholars and clergymen, have signed a petition against attempts to ban the ritual circumcision of boys in Europe.

Titled “No to a ban on circumcision,” the petition was published on Oct. 16 by CRIF, the umbrella organization representing France’s Jewish communities, following the Oct. 1 passage of a Council of Europe resolution that calls male ritual circumcision a “violation of the physical integrity of children.”

Among the petition signers are Anne Hidalgo, a candidate in next year’s Paris mayoral elections, the director Claude Lanzmann and former government ministers Claude Goasguen and Nathalie Kosciusko-Morizet.

By Thursday, the petition had more than 5,500 signatures.

The non-binding resolution by the Council of Europe’s parliamentary assembly “targets European Jewish communities that are already exposed to the unprecedented resurgence of anti-Semitism,” the petition reads. “It is inconceivable to those who survived the Holocaust” and “dangerous because it stigmatizes Jews.”

Other co-signatories include Patrick Dubois, a French Catholic priest and Holocaust scholar, and Alain Massini, a well-known Protestant pastor.

The text of the petition also characterizes the resolution as “insulting” because it “equates between circumcision and [female genital] mutilation.” 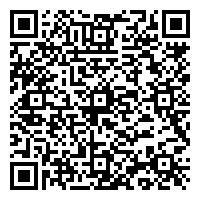