DPA reports that an Egyptian security source said three Palestinians were killed shot dead by the Egyptian army on the road to Rafah, in Sheikh Zuaid.

The source said troops spotted three Palestinians planting explosive devices and tried to arrest them but they fled, Egyptian security fired at them and killed them.


Now, late last week Israel killed several Hamas terrorists in Gaza, and it made worldwide headlines. This story, as of this writing, has not even been reported in English yet. No one is complaining about “disproportionate force” or speaking of the Palestinian Arab “right of resistance” against the country that is besieging them.

Keep in mind that Egypt has a complete blockade of the media in the Sinai, so any stories of clashes such as these and especially of civilian casualties and home demolitions are sparse and hard to verify. And, let’s face it – “human rights” organizations find it is much easier to file reports from Israel than from Egypt, which is actually dangerous and where they can lose their NGO accreditation in an instant if Egyptian authorities dislike what they say. 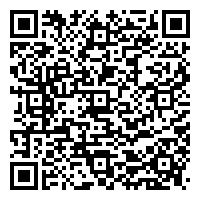