Peter Beinart continues with his push to destroy Israel with another whopper of a lie.

“For decades, Palestinians have been largely excluded from the mainstream US media conversation about Israel-Palestine. That exclusion continues today, and represents one more form of Palestinian dispossession,” he tweeted.

Judging from the New York Times op-ed page since Arafat rejected Oslo, I see articles by

I’m probably missing some. Most of these were in the past decade. Many of these have written articles more than once. (If you include the years before 2000, there are even more, like Edward Said and Mamdouh Aker. )

Not to mention that Rashida Tlaib has been all over the media since her election. Hanan Ashrawi and Saeb Erekat have been staples on TV news shows for decades.

Now, how many countries can claim to have had more citizens writing in US media? Israel, probably the UK, maybe Canada. Are there more articles by Germans or the French or Mexicans or Japanese than Palestinians? I doubt it highly.

Even this doesn’t tell the whole story. For while the US newspapers are eager to publish Israelis who oppose Israel’s policies, one would be hard-pressed to find Palestinians who are against the Palestinian leadership or who are pro-Israel in the media. Voices like Khaled Abu Tomaeh or Bassem Eid are rarely found in the New York Times nowadays (Bassem Eid was published in 2001 and 1996, not since.)  Throughout the 2010s, the ratio of anti-Israel to pro-Israel op-eds in the NYT was about 4-1, meaning that the Palestinian perspectives were well represented even if not from Palestinians  – which is not unusual, as there were more Americans who wrote op-eds and columns about the conflict than Israelis and Palestinians combined.

In short, Peter couldn’t name more than a handful of actual countries that have had more representation in US media than Palestinians. The truth is the exact opposite of his claim.

But when someone is seeking attention for his immoral ideas, making things up is not unexpected. 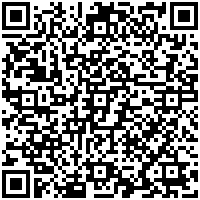