Emirati News writes about a supposed investigation into Israeli schools and how they teach kids to kill Arabs as part of the curriculum.

According to this investigation, which seems to be based on a film, Israeli kids from the beginning are “taught the art of war, implanting feelings of nationalism and hatred of Arabs… they want you to bear grudges against the Arabs in order not to tremble your hands when you press the button on the drone .. ”


The report goes on to say that for 12 years the focus of Israeli education is teaching war, so students will be ready to kill Arabs as soon as they reach adulthood.

The kids are also supposedly taught a that the Talmud teaches “whoever kills a Muslim or a Christian or pagan is rewarded with eternity in paradise and will dwell in the fourth Paradise. ” (The Talmud says no such thing, and it pre-dates Islam.)

Jewish kids are also taught not to engage in dialogue with the other side, that the “rest of the world is antisemitic, the Italians helped the Nazis, the French are the Vichy regime, Turks are the perpetrators of crimes against Armenians and Kurds, …Do not give us moral sermons, the Holocaust will not be repeated.”

Arabs, the Jewish kids are taught, are “backward and decadent and do not understand the language of force.”

The article also says “It is worth mentioning that it is forbidden to utter the word ‘Arab’ in the schools, instead replacing it with ‘the demographic threat.'”

Well, there is brainwashing going on – and a great deal of psychological projection – but it isn’t in Israeli schools. 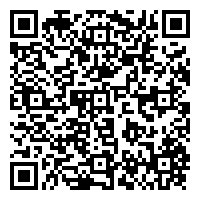