The Jewish Home Party is trying to woo Otzma Yehudit back into a union of right-wing parties for the upcoming elections to the Knesset. But party leader Rabbi Rafi Peretz has stated that if longtime activist Baruch Marzel is given a top spot on the Otzma list, he won’t sign an agreement with the party.

The Jewish Press: What’s your reaction to Rabbi Peretz’s comments?

Marzel: While I am flattered that Rabbi Peretz thinks I have such a big influence in our party, I regret that he is conducting negotiations on a personal level at a time when unity is key for the welfare of the religious-Zionist camp and the nation.

Would you accept Ayalet Shaked as the head of a union of all the small parties on the right – a proposal that some are floating?

The aspiration of a non-religious person to be the head of a group of religious parties is about as connected to reality as my desire to be the lead dancer in the Tel Aviv Ballet.

How about offering her the Number 2 spot on the list after Rabbi Peretz? Bezalel Smotrich said, for the benefit of the country, he wouldn’t stand in the way.

Sometimes we get caught up in the battle for Knesset seats and forget the real issue of who will best safeguard Eretz Yisrael and the Jewishness of the state in the courts, the educational system, the army, and Israeli society and culture as a whole.

People who know me will tell you that I don’t sit down very much. Seats make me uncomfortable. The same is true of other members in our party. We want the representation we deserve on any joint list – not for the seats in themselves – but for influence they will allow us to exert on government policy.

Rabbi Peretz was not the only person who attacked you recently. Former Prime Minister Ehud Barak, head of the new Democratic Israel party, accused you and your associates of being messianic Kahanists who are running Netanyahu’s government. Do you consider yourself messianic?

Every day I hope Mashiach will come. Ehud Barak is known for saying a lot of nonsense, and Bibi does what he wants to do without asking our advice.

Barak claims Kahanists and extremist rabbis distort the Torah and lead the country away from true Zionism, causing non-Jews to hate us for our oppression of the Arabs.

I suggest that before Mr. Barak makes inciting statements like this, he should pick up a Tanach and read what it says. Again and again, the prophets of Israel envision the ingathering of the Jews to Zion and the re-establishment of Israelite kingship under a king who will lead the people back to the service of Hashem.

The prophets of Israel promise a day when the future Torah government will uproot all the permissiveness and immorality from the Land, as the prophet Ezekiel declares, “I shall gather you from the peoples and give you the Land of Israel, where you shall come and remove from the Land all the detestable things and abominations…that you may walk in My statutes and keep my commandments and do them.”

How is this return to true justice and morality put into practice? Through a judicial system guided by the principles of the Torah. There is no mention of democracy in the visions of the prophets. And peace is achieved, according to the prophets of Israel, not by sharing the Land of Israel with the enemy, but by ousting him completely from Israel’s borders. 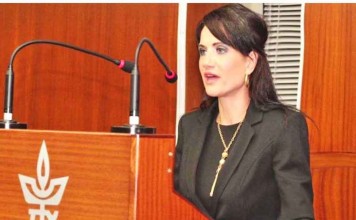 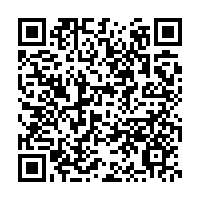