Just a few short years ago, Jews were afraid to visit their departed ones on Har HaZeitim (the Mount of Olives), lest their cars be pelted with rocks. Reaching the gravesites of relatives and the scores of tzaddikim buried there meant driving through the A-Tur neighborhood at the summit of the mount. Almost daily, Arab students from the high school bordering the road would stone passing vehicles with Israeli license plates.

Israeli police and Border Patrol soldiers would chase the delinquents back into their classrooms, but a half hour later, the energetic terrorists would return. Dozens of Jews were wounded and hospitalized. Gravestones were toppled under Israeli sovereignty. Israel’s security forces held up their hands in surrender, as if to say, “There’s nothing we can do.”

Today, all that has changed – not by a miracle, but by a noble vision and determined hard work, much of which was inspired by Rabbi Avrohom Lubinsky, chairman of the Brooklyn-based International Committee for Har HaZeitim (ICHH), which has acted as an untiring lobbyist for increased security on the mount.

Har HaZeitim first began returning to life 12 years ago through the efforts of Yisrael Goldberg, who heads the Jerusalem public relations firm Pirsumei Yisrael. After his 17-year-old son, Aviah, was killed in a highway accident and buried on Har HaZeitim, the faith-filled father began to hold memorial services each year at his grave, attended by scores of Aviah’s classmates.

He then began organizing educational seminars and Shabbatot in the boy’s memory in the Seven Arches Hotel, situated at the peak of the mount. The largely deserted hotel was waiting for such an initiative. Owned by the government of Israel, but managed by a Jordanian company because of a complex web of pre-State law, the magnificent lookout promenade, for two decades, had only been frequented by Arabs, Christians, foreign tourists, and brave Jews.

Goldberg initiated group tours of Jews from all over the country and an annual, all-night Hoshana Rabbah celebration featuring Torah learning and song, attended by 1,500. He told The Jewish Press that on one tour, a man grasping a yahrzeit candle in hand wandered away from the group and hurried down the hillside slope alone, zigzagging through the labyrinth of Jewish graves, many of them smashed by the Jordanians prior to the Six-Day War. When Goldberg caught up with him, he learned that the man was searching for his father’s grave which he hadn’t visited since the outbreak of the First Intifada.

Stage two of the site’s resurrection transpired five years ago when Rabbi Hillel Horowitz was appointed director of the Jerusalem Cemetery Authority. Having previously served for 14 years as director of the Association for the Renewal of the Jewish Community in Hebron, he was one of the driving forces behind putting the City of the Patriarchs back on the map.

Rabbi Horowitz told The Jewish Press, “When we first began to promote Hevron as one of our national treasures, the majority of Israelis, as well as tourists, were afraid to travel so deeply into what was called, the ‘Wild West Bank.’ Today, Hevron has over 500,000 visitors per year.

“In addition to the holiday concerts we stage in the field by the Tomb of the Partiarchs, featuring Avraham Fried, Yaakov Shwekey, Mordechai Ben David, and others, busloads arrive in the city each day, filled with every group you can imagine, from chassidic Jews to Christian lovers of Israel to Israeli schoolchildren. With so many people traveling to Hevron, the Israeli army and police had to establish law and order. Today, you can walk through Jewish Hevron unarmed.

“I thought to myself: If the strategy worked in Hevron, it can work on Har HaZeitim in Jerusalem where so much of our history transpired. At first, when I demanded more security, I had to fight with the police. Justly, they said that they couldn’t transfer a battalion of troops to Har HaZeitim for the sake of the handful of Jews who wanted to say Kaddish at the gravesite of their parents.

“Fortunately, with siyata d’shmaya, we were able to convince many Israel government agencies, cabinet ministers, and Knesset members to support the holy endeavor. What Jew doesn’t want to honor his ancestors? Once we attained the green light and financial backing of the government and Jerusalem Municipality, and visitors started arriving by the busloads to the events we staged on the promenade, we won the support of the police as well.”

“The groups that Yisrael Goldberg had started to bring swelled into tens of thousands. Now, with lots of spirited advertising, we invite the public to gather on the mount for Selichot in Elul, for Neilah on Yom Kippur, and for a gala Chanukah celebration overlooking the site of the Beit HaMikdash, may it be rebuilt soon.

“We erected huge tents for the masses who came to the gravesites of the Rashash, the Orach Chayim, and HaRav Kook on their yahrzeits. With its awe-inspiring panorama of the Old City, what better place to read Eichah on Tisha B’Av or honor Israel’s fallen soldiers on Memorial Day?

“People who, for years, out of fear, hadn’t visited the resting place of their departed ones returned to pay homage. Requests for burial plots on the mountain dramatically increased. Today, baruch Hashem, with so many Jewish visitors flocking to the mountain, the Arabs are wary – not only because the presence of the police is now more evident, but because the Jewish people have responded to our call to return to Har HaZeitim, the footstool of Hashem in the world, the site where our forefathers roamed, where the Prophets of Israel voiced their visions of the future.

“Once again it is clear to the Arabs that Har HaZeitim belongs to the Jews. No more rock throwing. No more desecration of gravestones and tombs.”

The Jewish Press asked Rabbi Horowitz what he has planned for the future. “Mashiach,” he answered, smiling broadly – “with a million people on hand to greet him at the entrance to Jerusalem and another million on Har HaZeitim.” 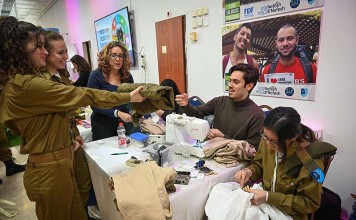 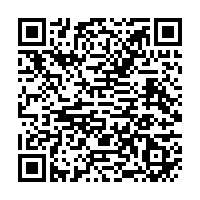