I was going to start out this blog by saying that I am happy to be back at The Jewish Press. But, in truth, I have mixed feelings. After all, I’ve been living in Israel now for 28 years, yet The Jewish Press is still in Brooklyn, along with its myriads of faithful readers. True, the staff of the Internet Edition has made it to the Holy Land, and that in itself is a sure sign that Israel’s Redemption is under way, but millions of thousands of Diasporians are still stuck in galut, waiting for Mashiach – may he come soon. How wonderful it would be if they came on aliyah too! After all, at the conclusion of every Yom Kippur, and at the end of every Pesach Seder, we say, “Next year in Jerusalem!” And to tell it like it is, Hashem in His great kindness has given most Jews enough money to buy a ticket, and there’s even a Jewish airline that serves kosher food to get you here. And there are modern apartments and villas waiting all over Israel, a stable economy, and more hederim, Talmudei Torah, yeshivot, religious ulpanot high schools for girls, dati colleges, and talmidei chachamim per square meter than any other place in the world. Not to mention the Kotel, our holy Forefathers in Hevron, the sound of Hebrew wherever you go, and just about the only place on the globe where you can spend the whole month of December and never even know that Xmas is coming. But as our Sages have told us, the Redemption comes slowly, “kimah kimah,” unfolding in gradual developing stages, like the dawning sun which gradually rises over the mountains (Jerusalem Talmud, Berachot 1:1).

God willing, we will talk more about these matters in upcoming blogs – but now back to The Jewish Press.

Two years before I came on aliyah, some 30 years ago, I was a young novelist and screenwriter in Hollywood. One day, I was sitting on a beach in Santa Monica when the Almighty split open the Heavens and hurled down a totally unexpected thunderbolt which set me off on a magical mystery tour and spiritual journey – the subject, blee nader, of another future blog. Traveling to Israel, I was overwhelmed by the beauty and holiness of the Land. If I was truly bent on returning to my roots, this was the place to do it, I intuitively sensed. But I didn’t know where to begin. So I returned to the States, abandoned Hollywood for the far more “Jewish” Manhattan, and began to learn Hebrew in the Jewish Agency building on Park Avenue (is it still there?)

One day, two Israelis strode into the classroom. One of them, Meir Indor, was a clean shaven, lieutenant colonel in the Israeli Army. Today, he is the director of the Almagor Victims of Terror Association in Israel. His bearded partner, Rabbi Yehuda Hazani, of blessed memory, had a large knitted kippah, and wore sandals with socks. One of the founders and main activists for the Gush Emunim settlement movement, he was a teacher at the Mercaz HaRav Yeshiva and founder of the joyous, flag-waving parade to the Kotel on Yom Yerushalayim. That was back in 1982. The first War in Lebanon had broken out, and they had traveled to New York looking for volunteers to help out on the moshavim in the north while the locals were off at war. Actually, Indor and Rabbi Hazani had been brainstorming for a while, trying to think up a project to bring Jews to Israel, and this was their brainchild. Their trip to New York was the birth of the “Volunteers for Israel” program, which later turned into “Sarel.” Dr. Aharon Davidi, z”l, later joined them and worked many years on the project, but it was Indor and Rabbi Hazani who originally started it (and ran it until the “establishment” forced them out).

Anyway, I immediately decided to sign up at their emergency New York headquarters, which was located in The Jewish Press building in Brooklyn. Back in those days, although I had been learning a little about Judaism, I still hadn’t made a firm decision about observing the Torah. I owe a lot to The Jewish Press for giving me the added push to get me out of my life of Hollywood shmutz into the true limelight. Standing on the street, looking up at the formidable, block-long building, I decided to put on a kippah. I had heard that The Jewish Press was an Orthodox newspaper, so to me, a totally assimilated screenwriter from Hollywood, the building was like a mini Beit HaMikdash. From that day forth, I continued wearing a kippah, and it’s been getting bigger and bigger ever since. 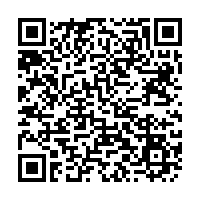