It takes courage for any victim of abuse to come forward and accuse their abuser. It’s almost suicidal to try it in New Square. Yet, that is just what a young man named Yossi has done.

He sat down with News 12 Westchester for an in depth report. Journalist Tara Rosenblum talked with Yossi and spent some time in New Square researching this story. She does an excellent job.  If she’s eligible, I vote this reporter for the Pulitzer.

The heartbreaking part of this is neighbors and children naively believing that the abuser Herschel Taubenfeld is not only innocent, but he is a safe person around their children. He is not. Yet, he is teaching in the school and mothers have no problem with it whatsoever.

What’s even worse is that Yossi, for all his bravery, did not even manage to keep Taubenfeld off the streets. The Ramapo DA thinks that six years probation is going to keep kids safe. I don’t see how that’s possible. No one is going to report this guy to the police again so it’s unlikely that his probation will deter him nor will he ever violate the probation because he will never be reported.

I’m not sure how Rabbi Noson Leiter got involved in this case. I thought his thing was being anti-gay marriage. Anyway, he says the right things even if his part of the segment made me cringe.

This kid gets a medal for coming forward and hopefully he can inspire some sanity to this town. At the very least, people who don’t live in New Square should not be supporting or visiting this make believe city upon a hill until they get their act together. Attempted murder and rape can not be tolerated but in New Square they are. It’s time for the good people of the world to make it stop.

Watch the segment and cheer for Yossi. 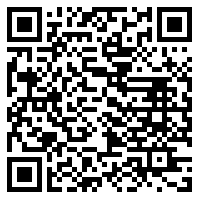