• Read the prophets. Their words often constitute rabbinic obligations. They admonish us for mistreating the underprivileged. A wife at the mercy of her husband is underprivileged.

The list goes on. There are many interpersonal obligations and prohibitions that are blatantly trampled upon when one withholds a get. I don’t think there is an doubt about it.

Perhaps the objective laws of divorce won’t ever change. But the subjective laws of how to treat one’s wife during a divorce are subject to change. Maybe at one time it was not evil to withhold a get. I don’t understand it, but I accept that it may have been normative behavior at one time in history. But our common sense tells us that today it is amoral to cause this kind of pain to anyone, let alone one’s wife.

Turns out that while the Jewish laws of divorce don’t obligate the husband to give a get and a wife really cannot divorce her husband, by refusing to give a get the husband is violating several other mitzvahs. In other words, if one isolates the get issue as a pure question of Jewish divorce law it’s true that the wife is powerless and seemingly unprotected. But the Torah is not so simple. We don’t isolate civil law from religious law and we don’t sequester civil and religious law from the Torah’s moral and ethical laws. It’s all part of one Torah given by one God. Exploiting a legal loophole does not justify violating ethical laws in the Torah. It’s forbidden to be a jerk. It’s an issur d’orysa in many instances. It does not matter that the Torah gives him the right to be a jerk. It’s still assur.

I think that the original question obfuscates just how terrible it is to withhold a get. It is so obviously a horrible way to act towards a fellow human being. Regardless of whether it is within the husband’s legal right to withhold the get, it is patently clear that by refusing to give a get a husband is in violation of the ethical and moral laws as well as the spirit of the Torah. 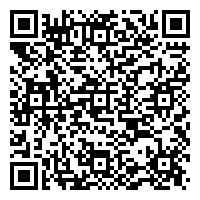