“And the LORD heard the voice of your words, and was angered, and swore, saying: Surely there shall not one of these men, even this evil generation, see the good land, which I swore to give unto your fathers. […] Also the LORD was angry with me for your sakes, saying: Thou also shalt not go in either;” – Deuteronomy 1:34-35, 37

Moses spend his final days exhorting the Israelites to follow the word of God. In addition to his encouragement, Moses reminds the Israelites of their short history and the events that brought them to this juncture on the banks of the Jordan River about to enter the Land of Israel.

The book begins with a recap of the story of the spies. Moses fills in some of the blanks in the story in this retelling of the tale. The people are reminded that none of the sinners from the incident would be entering the Land of Israel. Interestingly, Moses includes himself in those who would not be entering the Promised Land due to the sin of the spies.

The problem is that the Torah tells us in Parshas Chukas that Moses would not enter the Land of Israel because of his sin at Mei Meriva. When Moses was supposed to draw water from a rock by speaking to it he sinned and that is the reason he was banned from the land. It was not because of the spies. What are we to make of these remarks by Moses? Why is he saying he won’t be going to Israel as a punishment for the incident with the spies?

R’ Schwab says that if we look at all the complaints, we notice that they all shared one common thread. The people repeatedly accused Moses of taking them out of Egpyt to die in the desert. They asked time after time “Why have you taken us out of Egypt?”

The essence of this complaint is that Moses was a rebel leader who decided on his own to flee Egypt. The people were blaming Moses for their circumstances. In order for this complaint to make sense the assumption must be that Moses was not following God’s word, rather he was doing as he pleased. When he was caught in a bind, the people called him on his supposed recklessness.

During the incident of the spies, the people complained to Moses. They said: And all the children of Israel murmured against Moses and against Aaron; and the whole congregation said to them: ‘Would that we had died in the land of Egypt! or would we had died in this wilderness! – Number 14:2

It is the familiar canard. Moses was to blame for their troubles with the spies as well.

This despite the baselessness for their accusation. Moses was acting upon the word of God. He had no say in the itinerary. He was as much a passenger on the journey as the rest of the people. But still, he was being blamed. Worse, he was being accused of acting on his own accord and thus he was culpable.

Human nature is such that hearing something over and over again for forty years will inevitably have an impact on the person. It’s impossible for it not to make an impression on the person’s psyche. It’s not quite brainwashing, but it’s a similar principle. When we are told a lie so many times over the course of so many years it begins to wear on us. We start to think that it might even be true. We start to believe the negative publicity.

Maybe Moses heard these accusations so many times over the course of the last 40 years that he started giving them some credence. Their accusation that he did things on his own without the approval of God took it’s toll. He started to think that maybe he was doing things on his own. 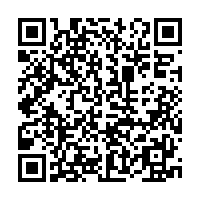