It’s worth mentioning that the Mormons have a central authority that makes determinations for all Mormons. Apparently, everyone listens. We have the opposite. We no central authority, yet some rabbis act as if they are a central authority, and like half the people listen to any particular proclamation because they consider it binding authority. It can be helpful to have a voice that sets universal policy. But we don’t have that in contemporary Judaism. For better, or for worse. Although, some people in our community think that they are that person even though they are not. In the Chasidic groups feature this sort of authority and in some ways it is helpful but in other ways it is harmful. It’s so different from the Mormon model because Mormons are far less insular, so the comparisons between Mormons and Orthodox Jews are more apt when we are comparing to less insular groups like Yeshivish and Modern Orthodox. And so, it might be helpful to have increased efforts to set universal policy for subgroups within non-Chasidic Orthodox Judaism that makes sense for each subgroup. Mormon policy is generally very driven by popular opinion and apparently hard data.

I also want to comment on the Mormon rule that requires that every missionary be accompanied by his missionary partner at all times. Each pair of missionaries must always be together. They use this as a tactic for preventing sin. Most people sin in private so the Mormons don’t give their young adults an privacy.

I was thinking how useful this would be in our community in preventing all kinds of abuse and it might also help with personal religious struggles. Children and teens should be trained to always walk in pairs. Don’t go anywhere alone. This would definitely curb sex abuse. Of course it wouldn’t be possible to do this at all times, but it’s an idea worth considering in some contexts. It would probably help prevent at least some abuse.

Finally, the article does not mention this, but it’s relevant. Reading about the challenges of Mormonism in the modern world and some of its extreme and irrational views, reminds me of Orthodox Judaism. The interesting thing about Mormonism is that it’s actually the fastest growing religion in more than half of states in America. I think this means something. People are becoming Mormons. Is this in spite of their more fundamentalist beliefs? Or is it because of their more fundamentalist beliefs?

I believe the answer is that Mormons project a successful, healthy, happy, clean-cut, family centric lifestyle. That is what people want. And if it takes some wacky beliefs to obtain all that, people will buy in. Perhaps some people are not as devout as others when it comes to the beliefs, but they are attracted to and live the Mormon lifestyle. Arguably, it’s harder to live as a Mormon than it is to believe as a Mormon. But people do it. They do it despite the challenges to modernity and the irrational beliefs. People can handle all that as long as they are getting the benefits of Mormon life.

This is the key to our sustainability as well. We cannot make it just about beliefs. We must promote a happy, healthy, successful lifestyle as well. I don’t believe we are doing enough in that department. We might be selling it to non-Orthodox Jews and even selling it to ourselves. But we have a lot of work to do before we can sell it with complete honesty. We can certainly do a better job socially and we can certainly do a better job to foster a more idyllic family life. Further, less focus on beliefs and justifying beliefs, and heretical beliefs, might be wise. 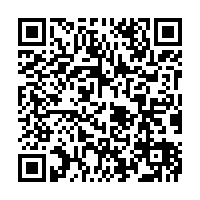