An Israeli army spokeswoman said altogether three Arabs were detained in Jabaa, two in Nablus, two in the village of Qatanna near Ramallah, one in Dura near Hebron, two in Hebron, and one in Tubas.

As long as it is still in charge of Judea and Samaria, the IDF will be able to continue to carry out these raids, which are the foundation of its strategy to choke the terrorist infrastructure before it can be established. This winning strategy has been in place since March of 2002, when a seder night Hamas suicide bombing attack on Park Hotel in Netanya killed 30 and injured 40.

Since then, Israel has been successful in maintaining an effective network of informants, with current intelligence being applied to thwart terrorist attempts and to arrest new and emerging “activists” before they get to murder Jews.

But as soon as the situation will change, God forbid, the effectiveness of this strategy will be degraded, since every IDF entry into the same towns and villages will count as an invasion of a sovereign state. 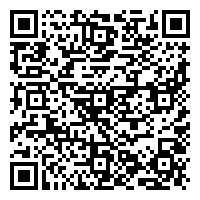