In the old days, when it was still cool to be a racist, people felt superior to other people because of the color of their skin. A white person was automatically better, smarter, more worthy than a non-white person and the average white person thought this was acceptable. This resulted in slavery, segregation, vigilante justice, and the dehumanization of black people.

Luckily, we have progressed as a society to the point where that kind of thinking is abhorrent and is considered wrong. That’s the good news.

However, we have also spawned a new form of racism. This is a much more subtle racism but equally nefarious.

In the wake of the George Zimmerman trial we have seen strong reactions from some members of the black community decrying the lack of justice for Trayvon Martin. There is an equally strong counter-reaction explaining that it’s okay to suspect black people of crimes because the statistics support suspicion. This latter group are the modern racists.

The statistics show that black people commit a higher proportion of crimes than white people. Leaving aside the difficulties presented by the bias of selective enforcement and selective prosecution, I argue that using these statistics at all is an example of modern racism.A statistic is only meaningful if the data being used is a factor in the conclusion. For example, (and this is completely fictional) if I were to show that the majority of red haired women possessed below average intelligence, that statistic would not be meaningful unless I showed a causation between hair color and inferior intelligence. If I can’t show that, the statistic is meaningless. Even if the statistic is “true” it still doesn’t tell me anything about other red haired women. It just means that red haired people are not a significant group with enough specific traits to be classified as a group with particular characteristics and predictable tendencies.

Categorizing all black people as one large group where the acts of one black person in Florida somehow tell us something about a different black person in Seattle is racist. Even within the same community it can be offensive to group people together because they share a skin tone. If the only thing two people share is skin tone then we cannot make any meaningful inferences from one person’s behavior to the other person’s behavior.

If we make judgments for the entire arbitrarily created group, we are being racists. There is no reason that the act of a black man in Texas should mean more about the potential acts of a black man in Michigan than his acts should inform us about a a white Norwegian woman or an indigenous Korean man. The only reason to connect the imaginary dots between all people of color is because there is a fallacious assumption that all people of color share some attribute that makes what one black person does meaningful in the analysis of what another will do. This is racist.

It’s not racist in the old fashioned lynch mob way. But it is still racist to presume one knows things about one black person simply because another black person or group of black people act a certain way.

I find that this is a very difficult concept for some people. These people clearly think that there actually is a black predisposition toward illegal or dangerous activity.

We must not tolerate that kind of thinking in 2013.

I’m looking at you Pat Buchanan. 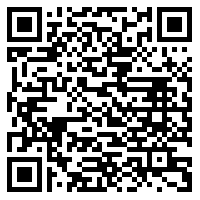