Conor Friedersdorf has an excellent article on theatlantic.com called “History Is Beautiful Things Made by People With Ugly Ideas“. He argues that a graduate student who refuses to sing a song written by Walt Whitman because Whitman was a racist is wrong. The song itself is not racist, even though its composer said some very racists things in his life.

Friedersdorf writes that history is full of flawed men and women who did things that we would find abhorrent today. If we disregard their accomplishments because we are looking at them through modern glasses we lose all their contributions to society. Taking this idea to the extreme, it would be akin to not performing a surgery because the person who discovered or refined the technique was a racist or a bigot. We would lose almost all modern progress if the only people from whom we accepted their ideas or inventions were perfect people.

Instead we must view our forebears as products of a time where things were different than they are today. Even if it was the same world, modernity is built upon the ideas of flawed people.

Reading this, I thought about how valuable this perspective of history can be to religions in general and Judaism in particular. The greatest contributors to Judaism over our history were incredible scholars and masters of the soul. They perfected their understanding of Torah and worked on their character to be saintly as they could be. In order to truly appreciate Torah, one must be a master over one’s spirit as well. Our Torah heroes accomplished all that and more.

But it would be foolish to think that anything that they thought must be flawless. They were not. It would be equally foolish to dismiss all of their contributions and accomplishments simply because of those flaws or mistakes. Ideas stand on their own. The ideas of our Judaism stand on the shoulders of giants. Just because those giants were not perfect does not mean that their ideas should be rejected.

However, if we, like the graduate student, expect flawlessness from our leaders we will be faced with two options. Either we can reinterpret everything they did and said to reflect our expectations of perfection or we will be forced to rid ourselves of all the incredible insights and contributions because we discover that they were not perfect.

I know which option makes the most sense to me. 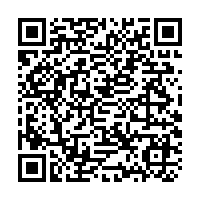