The purists insist that Chanukah is a holiday that celebrates a victory against assimilation. They find this ironic because Chanukah is celebrated by so many assimilated Jews who don’t even realize that they are celebrating a holiday about winning a war against their spiritual ancestors. In Haaretz I argued that this is irrelevant and new meanings to holidays can be perfectly acceptable in Orthodox Judaism and it’s wrong to begrudge our fellows Jews an opportunity to participate in a holiday.

After a bit more thought, I am not so sure that the victory was in fact against assimilation and assimilators per se. The true purpose of the war was to liberate the Temple and re-establish autonomy so that the Jewish people could practice their God-given religion unfettered.


The Syrian-Greek occupiers made laws that prevented Jewish people from following the word of God. Many people willingly gave up their Judaism and integrated into the foreign culture. These people completely assimilated our of fear.

The Maccabees and their followers were religious zealots who knew that if the Syrian-Greeks were not pushed out of the land, Judaism would have been lost. The lives of those who were living by the Torah were at risk. Whoever disobeyed the prohibitions against Judaism was to be killed. At one point, the Maccabees were threatened with death. It was then that Matisyahu was filled with the passion to wage a war for the sake of their religious beliefs. They took upon themselves the responsibility to evict the Syrian-Greeks from the Temple and to restore their religious freedom.

That is what the war was about. It’s true that when the Maccabees conquered areas within the Land of Israel they would return the citizens of each city and town to observance, however that does not mean that the actual war was for the purpose of un-assimilating the assimilated. It was a collateral benefit for sure, but it was not the objective. The objectives were autonomy, religious freedom, and the Temple.

The war was won when those three objectives were secured. The Book of Maccabees tells us very little about the Hellenized Jews living in the Land of Israel after the Maccabees had vanquished the Syrian-Greeks. Apparently, it was not an important fact to report. The battles were important. Winning the war was important.

So when we look at Chanukah through this lens, I am no longer convinced that the war was a civil war between Traditional and Hellenized Jews as it has been presented. It was a battle for the right to practice as Traditional Jews. The Hellenized Jews were apathetic to the goals of the Maccabee, and the Maccabees did what they could to restore the glory of Torah and Mitzvos to the Hellenists. But to make the entire story about defeating assimilation and assimilated Jews is not true to the story. Perhaps without a Meccabeean victory, total assimilation would have been inevitable, however there is no indication that anyone was pushing Traditional Jews to assimilate other than the Syrian-Greeks and other than through threat to life.

One can certainly argue that the meaning of the holiday should be informed by the staunch anti-assimilation stance the Maccabees took. It’s certainly possible. But is it the only interpretation of the story? Certainly not. Is it a tenet of our faith or a necessary component to the celebration of the holiday to hold that the war was not really a physical struggle, but a spiritual struggle and the real enemy was not the Syrian-Greeks, rather it was the Hellenists? Hardly. Is it still ironic if secular or marginally religious Jews celebrate Chanukah? I don’t think so. The holiday celebrates the restoration of the incredible opportunity to serve God as we were commanded. It was not merely a celebration of staving off assimilation. It was much more than that and focusing on assimilation detracts from the more prominent aspects of the story. And so, I think that if assimilated Jews are celebrating their sort of Chanukah despite their assimilation, they are more like the Maccabees than the Hellenized Jews. They are not allowing themselves to completely disappear. They are not identifying with the Syrian-Greeks who lost the war, nor the Hellenists who played at most a secondary role during the Chanukah story. Indeed, they identify with the Maccabees by celebrating a Jewish religious holiday while steeped in a very seductive American culture. There is nothing ironic or foolish about that. Nothing at all. 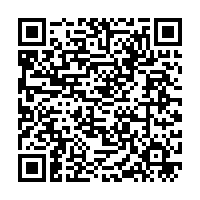