I think that’s what I learned at The Summit and the months that followed. It’s an important follow-up point to the discussion about treatment of heresy and heretics in the Orthodox Jewish community. It has been argued that heresy is dangerous because the absence to the proper orthodox beliefs will inevitably cause harmful behavior. Or that heresy is dangerous because if one lacks orthodox beliefs, there’s no reason to be an Orthodox Jew. I think this is demonstrably false. Generally, people do not choose their path in life based on beliefs. Generally, beliefs do not simply induce behavior that correlates with those beliefs. People do what they want to do, no matter their beliefs.

So what do we do now? Is this information simply a way to scratch an itch? To understand people for the sake of understanding them? Or is this the path to an enlightened approach that could make a big difference to the next generation of Orthodox Jews?

I think there is something we can do. Something we must do. The next post will offer a possible solution based upon these findings that works with the social science and is also deeply rooted in the Rabbinic tradition of Orthodox Judaism. 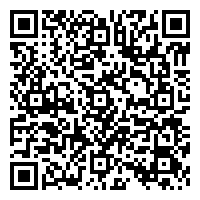