I hear him… but at its basic level I have to disagree with him somewhat. Rabbi Eliyahu Fink has written a thoughtful essay about why people leave – or stay in Orthodox Judaism. His primary reason is not because of one’s beliefs, but because of one’s comfort level. Meaning that if one enjoys ‘doing’ Orthodox then he will be Orthodox. If they don’t enjoy it, they won’t. Beliefs have little if anything to do with it. Here is how he states it:

Rabbi Fink says that believing in something is not enough to motivate people to act on it. At least not in the long term. He uses himself to demonstrate this point:

I started working out at the gym. I knew it was good for me so I was willing to give it a shot. But I stopped after a little more than a year. Despite the fact that I was seeing results, I just stopped going. Why did I stop going to the gym? Because I didn’t like it. I didn’t enjoy it enough to make it worth the effort. The intellectual justification was only able to keep me going for a little while.

His bottom line can be summed up in the following statement. If an activity does not bring you any joy, you will not be doing it very long – if at all. If it does, you will keep doing it. That, says Rabbi Fink, is why people stay in Orthodox Judaism. If on the other hand Orthodoxy brings them no joy, they leave. This is why for example young people who have been abused by rabbis or other religious figures tend to leave. It is because they now associate Orthodoxy with pain… those abusive rabbis being their reference point for Orthodoxy.

While I believe that there is a lot of truth to what Rabbi Fink says, I do not believe that this is the sum and substance of why people stay or leave Orthodoxy. Yes, there is truth to the fact that for those who are Orthodox there is a sense of joy in that lifestyle. But without the underpinnings of belief, that joy will fall far short of being fully observant. Which is the hallmark of Orthodoxy.

If one is an atheist for example, but loves the Orthodox lifestyle and community in which he lives, there is still absolutely no reason to fast on any of the fasts, even on Yom Kippur. One can easily go home during the break and sneak a drink of water without anyone being the wiser. There are probably hundreds of ways to violate Shabbos without anyone being the wiser. There are some Orthoprax that are meticulous about their observance, but I doubt that they are anything but a very small and exceptional minority. More about them later.

There are many Mitzvos that I do not particularly enjoy, as in the aforementioned fasting. And yet I do it. Not because I enjoy it. But I don’t because I believe that this is what God requires of me. If enjoyment is my only motivation, why bother being fasting? I don’t think there are too many Orthodox Jews that enjoy fasting on any fast day. Even on Yom Kippur. But we all do. 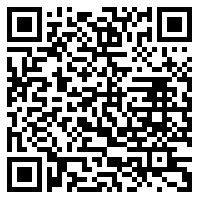