And why is feminism an ideal for this Haredi woman? Why is she trying to pretend that a world where women are not given every opportunity that men are given and they are expected to produce large families is feminist. It’s not feminist at all. Proudly so! Recently, I heard a prominent rabbi say that Jewish feminists were comparable to reform and conservative Judaism! Orthodox Judaism is not feminist. You need to be okay with that to be orthodox.

In Israel, Ruth Corian is dying for the opportunity to lead her community. She is a feminist. In Brooklyn the party line is apparently that being a mom is the most feminist thing one can do.

Again, I am not degrading moms. God forbid! I think it’s a great choice if one can and one wants to make it. But it’s not feminist if that is what is expected. But even more perplexing is why are you trying to call it feminist?

I don’t think this is an isolated incident. I’ve seen this more and more often. People are selling Orthodox Judaism as feminist. I’m a pretty liberal Orthodox Jew and I don’t see how anyone could interpret my religion as feminist.

Personally, it bothers me. I grapple with it. I struggle with the current inequality and I empathize with those orthodox Jewish women who want to play a more prominent public role. I wish Orthodox Judaism had more feminist opportunities. I do my best to accommodate feminism within tradition. But I don’t redefine the term to conform to my orthodox worldview. Words have meaning and that meaning must be respected.

It seems impossible, if not extremely unlikely, that orthodox Judaism will ever have equal opportunities for men and women. Maybe that’s okay. Not every religion or creed has to conform with every modern sensibility. But let’s at least be honest about it. And if we can, try to break as many glass ceilings that we can shatter. 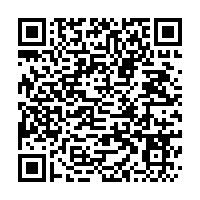