Prime Minister Benjamin Netanyahu and U.S. Secretary of State John Kerry agreed in a meeting in Rome Wednesday that “no deal [with Iran] is better than a bad deal.”

Iran “shouldn’t have a plutonium heavy water plant, which is used only for nuclear weapons,” the Prime Minister said. “They should get rid of the advanced fissile material, and they shouldn’t have underground nuclear facilities, underground for one reason – for military purposes.”

He illustrated his argument against a partial deal by using Syrian President Bassar al-Assad’s chemical weapons as an analogy.

“If Assad had said, you know, ‘I am ready to dismantle 90%, 50% or 80% of my chemical weapons capability,’ you would have refused and correctly so, and I think in the case of Iran, it is essential that it be made to live up to Security Council resolutions that demand an end to enrichment and enrichment capability and an end to plutonium heavy water capability toward fissile material for nuclear weapons,” Prime Minister Netanyahu added. 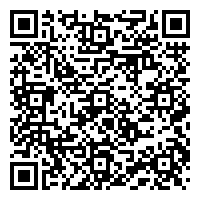