There are now 17 countries with over 25,000 Jews. That is half of the total that existed when Israel was founded in 1948.

Most of the countries that dropped below the 25,000 level over the past 70 years were in Arab and Muslim countries including Morocco, Egypt, Algeria and Iran, as those countries effectively expunged the Jewish populations due to anger over the founding of Israel. The total population from all of those Arab and Muslim countries now stands at 27,000, just north of the 25k mark (15k in Turkey, 5,800 in Iran, 2,000 in Morocco and Tunisia 1,000). The Jews who fled those lands in the 1950’s through 1970’s principally moved to Israel, France, the United States and Canada.

The various entities that made up the Former Soviet Union also account for a drop in the number of countries with over 25,000 Jews. Some of those regions experienced mass migration due to the pogroms of the early 20th century, and other Jews left after World War I and when Russia allowed Jews to leave in the 1990’s. In 1900, 70% of world Jewry lived in the FSU, while only 3% live there today.

The next countries that will likely fall below the 25,000 level will be Belgium and then Italy. Belgium has seen a rise in antisemitism including the shooting at the Jewish Museum in Brussels in 2014, and the mocking of Jews as moneylenders at a Carnival parade in March 2019, as well as from a decline in the diamond industry which employed many Jews in Antwerp. Italy has seen a migration of its Jews due to the influx of Muslims who have brought new levels of antisemitism at two to five times the level of Christians, as demonstrated in ADL polls. New laws banning ritual slaughter and possibly prohibiting circumcision in European countries will also weigh on where Jews decide to live. The aging population is also encouraging young Jews to migrate to find spouses elsewhere.

The net effect is that over the course of the last 100 years, Jews went from mostly speaking Russian, German and Arabic to speaking English and Hebrew.

It is unlikely that there will be any new countries joining the 25k list as most migration is going to the more established countries.

27 Cities in the United States

The total number of US cities with over 25,000 Jews will likely grow, as Jews consider leaving the expensive markets in New York and California and go to cities with quality schools and good job opportunities, including Austin, Nashville and Raleigh.

The Jews of the 20th century mostly left their home countries due to antisemitism, as opposed to job opportunities and quality of life which is why they move within cities inside the United States.

To give a sense of scale of the impact of antisemitism, the 6 million Jews killed in the Holocaust over roughly six years, equates to 25,000 Jews being killed every 5.5 days. That is equivalent to wiping out all of the Jews of Cincinnati, Milwaukee, Belgium and Italy in a single month. Repeatedly. For six years.

Antisemitism has no equivalent to any other hatred – not to “Islamophobia, racism and other forms of bigotry,” – as listed in the March 2019 House resolution drafted because of the anti-Semitic comments made by Ilhan Omar, the new Democratic US Representative in Congress who is also the first black Muslim woman in Congress. Antisemitism has pushed over 80% of world Jewry into just two countries, the United States and Israel. Vile comments made by elected US officials attacking Jews and basic Jewish human rights in those two outposts – and defended by senior politicians – rises to the level of attempted genocide of the Jewish people.

Will the 40,000 Jews in Minneapolis begin to fear for their safety because of the sentiments of the Somali community in Minnesota? If the migration begins – Jews abandoning a US city because of antisemitism – God help us all. 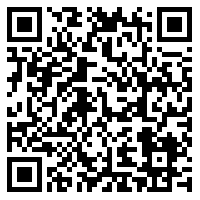