World leaders gathered in Jerusalem in January 2020 to both remember the Holocaust on the 75th anniversary of the liberation of Auschwitz, the Nazi death camp, and to show unity in a fight against antisemitism.

The International Holocaust Remembrance Alliance (IHRA) developed a “working definition of antisemitism” and has been achieving some success in getting countries and institutions around the world adopt its definition. In it, the IHRA focused on Israel and the Holocaust in many examples of antisemitism including comparing comparing Israel to Nazis, saying that Jews and Israel exaggerate the Holocaust, stating that Jews have no right to self-determination and that Israel is a racist endeavor.

These were good examples as were the others listed by IHRA which have existed for centuries including “[m]aking mendacious, dehumanizing, demonizing, or stereotypical allegations about Jews as such or the power of Jews as collective — such as, especially but not exclusively, the myth about a world Jewish conspiracy or of Jews controlling the media, economy, government or other societal institutions” and “[a]ccusing Jews as a people of being responsible for real or imagined wrongdoing committed by a single Jewish person or group, or even for acts committed by non-Jews.”

But the IHRA did not mention another form of antisemitism that has gathered momentum in recent years: the open and complete denial of Jewish history.

People do not just deny the Holocaust or twist its history to fit a narrative to benefit a political agenda like the acting-President of the Palestinian Authority Mahmoud Abbas. People around the world – including world leaders – are denying the essence of 3,700 years of Jewish history in Israel and around the world.

It is both obvious and correct that denying the Holocaust and using Nazi imagery against Jews and Israel is antisemitic but so is denying the long history of Jews and their rights in the holy land.

Limiting the definition of antisemitism narrowly to the Holocaust and Israel ties the two together in a false narrative that the world gave Israel to the Jews as penance for European crimes of antisemitism, which in turn produces more antisemitism, as it strips Jews from their three and one-half millenia history in their holy land, and turns them into invaders and thieves. 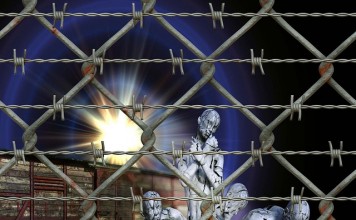 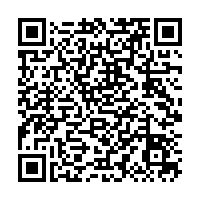