In 1950, Israel enacted the Law of Return which enabled all Jews from around the world to move to Israel and quickly obtain citizenship. In that declaration, the law gave the state room to exclude certain kinds of individuals, specifically any Jew who:

“(1) is engaged in an activity directed against the Jewish people; or

(2) is likely to endanger public health or the security of the State.”

The threshold for deciding on granting citizenship was left to the Minister of Immigration. Presumably there were many people who were denied citizenship over the decades since the law was enacted.

The government of Israel does not limit its scrutiny of Jews who arrive in Israel to make aliyah to become citizens, but also deciding who should be granted entry to the country at all.

In January 2018, the Knesset decided to bar entry to members of 20 organizations that threaten the state through calls for BDS (Boycott, Divest and Sanction) of the Jewish State. Those organizations included:

From the United States

In July 2018, a prominent voice for Code Pink and BDS activist, Ariel Gold, was denied entry into Israel. After being denied entry, she said that she would entertain making aliyah to the country she was lobbying against. She was perhaps not aware of the caveat in the Law of Return that would prohibit her being granted citizenship.

Ariel Gold of Code Pink at the Western Wall in Jerusalem

The Strategic Affairs and Information Minister Gilad Erdan said “The policy I have set is clear: anyone who acts consistently to boycott us will not enter the country. The rules have changed and the State of Israel will not hold back anymore against those who try to harm us.”

Another BDS promoter from Netherlands was similarly denied entry in July 2018.

In August 2018, a leftist activist was detained at the Sinai border with Israel. She belonged to a group called Gisha which advocates for Gazans, but was not on the BDS list. She was eventually allowed entry after a few hours of questioning.

The trend of denying people entry to a country because of the perception that they will foment hatred or violence is occurring in several democracies.

The United Kingdom has barred several right-wing journalists. Since 2009, the UK has prohibited the conservative talk show host Michael Savage from entering the country. In March 2018, the UK denied entry to Canadian right-wing journalist Lauren Southern, and some other YouTubers from Austria. Both Savage and Southern were denied entry because of their comments about Islam. The UK stated “Border Force has the power to refuse entry to an individual if it is considered that his or her presence in the UK is not conducive to the public good.” The UK phrase of “public good” seems to have a much lower threshold than Israel’s “harm.”

Under the Obama administration, the United States prevented journalists from entering the country with little information as to the reason. The U.S. Customs and Border Patrol denied Canadian journalist Ed Ou entry in 2016. The CBP said that it examined Ou’s files and phones because “keeping America safe and enforcing our nation’s laws in an increasingly digital world depends on our ability to lawfully examine all materials entering the U.S.” Under the Trump administration, several journalists have been denied visas to enter the country, including Afrah Nasser from Yemen, as her country was on a travel ban.

Many countries – including the U.S.A., the United Kingdom and Israel – deny both citizenship and visitation rights to people who are deemed to be not conducive to the public good / promoters of harm. Activists and journalists from both the right-wing and left-wing have been caught in these nets for decades. But one can be sure that American and British Jews have only called out Israel for such activity, while remaining silent on activities executed by their own governments.

Unity – not Uniformity – in the Pro-Israel Tent

Journalists in the Middle East 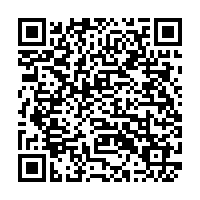