There is a mass migration occurring in the MENA region (Middle East and North Africa). People are fleeing their home countries due to turmoil and are crossing land and sea to escape to more stable societies.

The new host countries are attempting to find solutions for the flood of new people, many which do not speak the language and lack professional skills. The United Nations is working to assist these countries handle the millions of new people who need shelter, food, clothing and education for an indeterminate amount of time.

The UNHCR, the United Nations High Commissioner for Refugees, is currently staffed with 8600 people handling 34 million refugees from 125 countries. The number of refugees continues to swell each day and hundreds of others die before they even reach safety. In 2014 alone, an estimated 2900 refugees died in transit. In 2014, UNHCR estimates that it will assist over 41 million people. Its biennial budget is $5.3 billion.

The Swell and Permanence of UNRWA

Meanwhile, the UNRWA, the United Nations Relief and Works Agency, has continued to stretch its “temporary” existence for 66 years. This distinct refugee agency for Palestinians manages virtually no refugees anymore, but instead handles services for 5.4 million children, grandchildren and great grandchildren of people who left Palestine in 1948.

The UNRWA staff stands at 30,000, or 3.5 times the staff that the rest of the world gets for actual refugees. It services only 13% of the people that UNHCR assists.

Unlike the refugees serviced by UNHCR, the Palestinians speak the language and have skills. The UNRWA infrastructure and systems have been established for decades. Yet, the UNRWA biennial budget is over $2 billion, or $370 per person serviced compared to $130 for each UNHCR refugee who needs real and immediate services and infrastructure such as shelters, medical facilities and schools.

Almost every UNRWA worker is a Palestinian. The few Europeans that occupy the senior positions and act as the face of the organization mask the reality that the organization is simply an employment agency for Palestinians that runs schools and medical facilities in Gaza, West Bank, Lebanon, Syria and Jordan. As UNRWA writes: “Staff costs constitute the bulk of UNRWA’s budget. This is because the day to day direct delivery of services requires a large number of staff (some 29,000). Efforts to maintain parity with host authorities’ public sector salaries render the Agency’s financial sustainability susceptible to economic volatility”. (In other words, when Jordan gives its public sector unions a 5% raise, the entire world gives the Palestinian UNRWA workers a raise too.)

UNRWA continues to extend its life and grow its mission. Per the UNRWA documents, the agency “has evolved over time in response to developments in the operational context, extends at present to providing education; health; relief and social services; microfinance and emergency assistance to refugees; infrastructure and camp improvement within refugee camps; and protection.”

The mission of the agency, in short, is no longer to have temporary workers in temporary hospitals assist a defined number of people for a temporary period of time. It has become a conduit for the global community to pay generations of Palestinians to care for themselves.  As Queen Rania of Jordan put it elegantly “UNRWA is a way of living.” 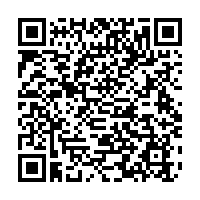