I am a Zionist because I believe that the Jewish people should have a right to self-determination in their homeland.


I am a deep Zionist because I know that no other religion has a connection to land like Jews. Only the Jews believe that God gave them a small parcel of land for an inheritance. The Jewish religion is the only religion that has distinct laws that can only be kept while in the Jewish holy land. The Jews invented the very notion of “holy land,” and have prayed facing Jerusalem for thousands of years.

A sign in Israel about the biblical commandment of Shmita
(photo: First.One.Through)

I am an amazed Zionist because I marvel at what the Jewish people have been able to do in just a few decades: to absorb millions of immigrants; to fend off hostile neighbors; to develop a thriving democracy; to lead the world in science and technology; and in efforts to forge a new era of peace, forgave a nation (Germany) that tried to eradicate them, and handed over their holiest location (the Jewish Temple Mount) to a hostile people that had banned Jews from even visiting the site.

I am an aggressive Zionist because I have internalized the history of Jews in their holy land. I have seen the Arab and Muslim world reject the very existence of the Jewish State and war against it repeatedly. I have read the polls that the Palestinians are the most anti-Semitic people in the world, that voted for the Hamas terrorist group to a majority of their parliament with the most vile anti-Semitic charter ever written, and that elected a Holocaust denier as a president that pays people to murder Israeli Jews and then celebrate their “accomplishments.”

I am a loud Zionist because I see how many people ignore and distort reality. How the United Nations can pass resolutions that ignore the 4000-year history of Jews in Israel, how universities and organizations apply unique and double standards for Israel and call out to boycott and strangle the only Jewish country.

I am a real world Zionist. I understand that Israel – like every country in the world – is not perfect. But I accept its imperfections and try to help it make improvements by working WITH the country, not against it.

I am an eternal Zionist. I have been one since before I was born and will remain one long after I’m gone. 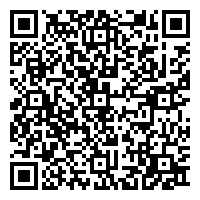