This weekend, thousands of Jews from around Israel and other parts of the world came to the Cave of the Patriarchs in the city of Hebron. The annual tradition of visiting the city on this weekend goes back many years, as it coincides with the reading in the Torah of Abraham buying land to bury his wife Sarah, the “first mother” of the Jewish people.

The Cave of the Patriarchs is considered the burial place of almost all of the “founding fathers and mothers” of Judaism 3700 years ago: Abraham; Isaac; Jacob; Sarah; Rebecca and Leah. As such, it is considered the second most holy site in Judaism (on par with Medina for Muslims).


Roughly 2,000 years ago, a monumental structure was built on top of the cave, attributed to the Jewish King Herod. Over the following centuries, many people conquered the city of Hebron. About 800 years ago, the Muslim Mamlukes took over the city and declared the Tomb of the Patriarchs to be a mosque and forbade Jews from coming beyond the seventh step of the structure.

When the Ottomans ruled Hebron from 1517 to 1917, there was relative peace between the Arabs and Jews in the city (even though the Jews were forbidden from entering their holy site). However, in 1929, Arabs rioted against their Jewish neighbors after incitement from the Grand Mufti in Jerusalem. During those few days in August, 67 Jews were killed, hundreds were injured, and the British (who then controlled the mandate of Palestine) forced all of the Jews to leave their city.

In 1967, in response to the Jordanian (and Palestinian) attack on Israel, Israel captured Judea and Samaria, including the city of Hebron. When Israel took control of their holy site, it opened the shrine for prayer for both Jews and Muslims. Today, there are discreet times set aside for each religion to use the site for prayer.

In 2014, the discussion about opening the Temple Mount in Jerusalem – Judaism’s holiest site – to non-Muslim prayer has again been raised due to the shooting of Jewish activist Yehuda Glick who fought for that basic right. The acting-President of the Palestinian Authority Mahmoud Abbas was outraged at the suggestion and described such approach as amounting to a “religious war“, as the al-Aqsa Mosque, which sits on the Temple Mount, is Islam’s third holiest site. While Glick and many other activists never suggested praying at or near the mosque, but on other parts of the 35 acre platform, the Israeli Prime Minister Benjamin Netanyahu nevertheless agreed to keep the status quo ban on Jewish prayer on the mount.

On the tenth anniversary of Yaser Arafat’s (fungus be upon him) death, Abbas stated: “The leaders of Israel are making a grave mistake by thinking that history can move backward and that they could impose facts on the ground by dividing the Aksa Mosque in time and space, as they did with the Ibrahimi Mosque [Cave of the Patriarchs] in Hebron.”

In Hebron, Israeli action at the Cave of the Patriarchs opened the way for both Muslims and Jews to share holy sites in the holy land. The Temple Mount could similarly become a place of tolerance and prayer.

Jordanian and Palestinian 1967 attack on Israel (from King of Jordan’s site): http://www.kinghussein.gov.jo/his_periods3.html

Abbas against any change in allowing Jews on Temple Mount: http://www.jpost.com/Arab-Israeli-Conflict/Jailed-Barghouti-to-Palestinians-Continue-armed-resistance-against-Israel-381454 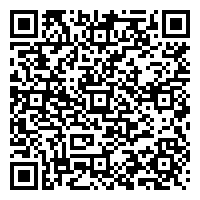