It is amazing to review how “enlightened” governments in Europe consider the situation in Gaza and Israel.

These are plain historic facts which should not be subject to interpretation. Israel abandoned territory to which it had international and historic rights, to watch it be taken over by a group sworn to its destruction which battles against it constantly. You would imagine that such data points would inform how diplomats view the situation there.

But today, the European Union is a haven for Israel-bashers.

Consider Swedish Ambassador Olof Skoog’s address to the United Nations Security Council in May 2018 on the fighting between the Palestinian Arabs in Gaza and Israel. His comments showed an interesting perspective.

H.E Mr. Olof Skoog, Permanent Representative of Sweden to the United Nations and the President of the Security Council for the month of July 2018

Palestinians are protesting peacefully, so by definition, Israel is using disproportionate force:

Both sides use children as pawns:

It is true that children are inherently innocent; the violence in which they engage is at the direction of adults. But how does one address a violent mob of thousands of children?

Even with the restrictions of goods, the Arabs of Gaza have amassed hundreds if not thousands of missiles and built additional underground tunnels into Israel, yet the Swedes want to ease the blockade?

Israel does not provide free access in Jerusalem to all religions:

Israel is the ONLY country that respects the three monotheistic faiths and allows all religions to worship in their holy locations. For centuries, the Arab Muslims forbade Jews from even climbing the steps of the Cave of the Jewish Patriarchs in Hebron! If the goal is freedom of access and respect for religions, then Jerusalem MUST remain the capital of Israel; to suggest otherwise is the inverse of reality and logic.

Western Jerusalem is not part of Israel:

The United States relocated its embassy to Israel in the western part of Jerusalem. Has Sweden declared that even the Knesset is on disputed land?

Refusal to comprehend that Hamas seeks the destruction of Israel:

How does a party negotiate peace with another party that seeks its destruction?

Pre-ordaining outcome of two-state solution including Jerusalem and no Jews:

The Swedish diplomat claims to seek a two-state solution to be negotiated between the parties, but also demands the conclusion of such negotiation with “Jerusalem as the capital of both states” and a Palestine free of any Jews through halting Israeli “settlements.”

An address meant to quell violence in Gaza became a forum for the Swedish diplomat to dictate his desired outcome of a “negotiated” two-state solution. Skoog sanitized the Gaza protests as “peaceful,” and its intentions as noble.

Sweden became the first major EU country to recognize Palestine as a country. One can imagine it continuing to wage further diplomatic battles against Israel in the years ahead.

The Happy and Smug Bigots of Denmark 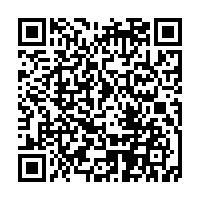