The Jews of Ethiopia, known as Beta Israel, were cut off from the broader Jewish community for over 1000 years.


When Menahem Begin became the Israeli Prime Minister in 1977, the noted champion of the under-privileged and under-represented “minorities” in Israel from Arab countries (they are actually a majority of Jews in Israel), made a point of trying to get the Jewish population out of Ethiopia.

The situation facing Ethiopian Jews began to decline rapidly in the early 1980s, so the Israeli government took aggressive action to get them out of the country. From November 18, 1984 until January 5, 1985, 7,000 Jews were rescued in Operation Moses.

The success of the rescue led to an even more audacious plan – Operation Solomon – on May 24, 1991. Over 14,000 Jews were rescued in just 36 hours and resettled in Israel.

These missions were the first times in mankind’s history, whereby non-blacks came to Africa to save blacks from oppression by bringing them out of Africa as free people, as opposed to shipping them to a foreign land as slaves, as was the case for hundreds of years by Europeans and Americans.

Enjoy the amazing music video on the incredible rescue of Beta Israel (music by Phillip Phillips). 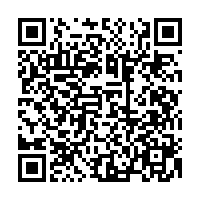