Americans began to believe that things can be totally free over the past decade.  They downloaded digital music and movies for free over the internet.  They got games for free based on “freemium” business plans.  Now, they want to abrogate the bargain they quietly struck with media companies to watch their advertising, as they install ad-blocking software on their devices.

People are demanding – and getting – more and more stuff for free.

Not surprisingly, politicians have ratcheted up their promises too.

Individuals seeking office would declare that once in office, they would fix whatever was broken, whether infrastructure, the economy or the military. The funds to pay for such repair would be easy to come by, mainly through removing government “waste” and “inefficiencies.” These solutions were wonderfully popular. The country could be great again without hurting anyone or sacrificing anything. The money was already present, but simply wasted in bureaucracy.

How great! A nation got stuff, and it didn’t cost a dime!

Occasionally politicians would be a bit more specific and attack an institution that no one liked, like the IRS. Some people would lose jobs – those that collect your taxes – but otherwise, America would be fixed and Americans would be wealthier without any effort or sacrifice.

Someone Took Your Cheese

The model changed in 2008 when Senator Barack Obama ran for president. Obama spoke about the “top 1%” obtaining too much wealth. As president in 2009, he described the “fat cat” investment bankers who put the country at risk in the financial meltdown of 2008.

He pointed fingers. He ascribed blame to people who abused a profession.

Economists argue how much the economic collapse was the fault of investment banks as opposed to the government that pushed banks to lend to the poor to purchase homes that they could not afford, in an effort to close the wealth gap. Whether right or wrong, Obama openly segmented the United States into the rich that caused the financial crisis, and other 99% that bore the brunt of the meltdown due to no fault of their own.

These fat cats would help pay for Obama’s promise for free stuff for America.  Americans would get free healthcare, and the rich would pay “their fair share.”

The liberal wing actively forgot the roles of Democratic favorites Bill Clinton, Andrew Cuomo, Frank Raines and Barney Frank had in the housing crisis and the financial meltdown. Selective memory authenticated the manifest superiority of their world view.

Their arrogance begat outright outrage when the Supreme Court ruled against Hillary Clinton in Citizens United in 2010. That ruling stated that corporations were entitled to free speech, similar to citizens. The “progressive” politicians, led by Obama, decried that with such ruling, the rich could now effectively buy any election. The wealth gap would translate into a voting gap whereby the wealthiest people and corporations could taint the airwaves with capitalistic propaganda. The masses would never be able to withstand the onslaught of big corporate advertising, and would relegate liberals to a permanent minority party.

For the liberal elites, the wealthy were no longer simply “fat cats” that didn’t pay their “fair share.” They were an oversized enemy that threatened to forever quash their aspirations.

Vilification from the Far-Left

The liberal arrogance and anger produced hostility.  Republicans met those feelings with a wealthy businessman.

Mitt Romney, the Republican presidential candidate in 2012, was attacked for being rich and his investment firm for being predatory.  His policies for the country were not attacked; his wealth was attacked.

By the next presidential election cycle in 2015, liberals dug in even deeper.  Self-described “Democratic Socialist” Senator Bernie Sanders went beyond pointing fingers at bankers.  Instead, he described the entire financial industry as a “[http://The reality is that fraud is the business model on Wall Street,”]fraud.” Sanders’ claim surpassed Obama’s statement that there were some bankers that abused the system that avoided paying their fair share – Sanders said “fraud is the business model on Wall Street.”  The very essence of banks was a corrupt system that cheated Americans.

Sanders announced that the pathway to free goodies such as free college, would be to reclaim from the rich the money that those criminals never deserved in the first place. It’s not only that the wealthy didn’t pay enough taxes; they made too much money in a corrupt system. He proposed that the banking system should be completely revamped to both limit how much income bankers could make, and to double their tax rates.  Free college would be paid “by imposing a tax on Wall Street transactions by investment houses, hedge funds and other speculators.”  Note that these institutions were no longer investing to build America’s economy according to Sanders – they were all “speculators.”

In just a decade, liberal politicians moved from handing out free stuff without any blame, to vilifying a group of people, to demonizing an entire industry and capitalism itself.

The far-left is not alone in demonizing whole groups of people, then reaching into those pockets to fund projects, all while claiming the righteousness of the cause.

Vilification from the Right

A Republican candidate for president, businessman Donald Trump, also wants to “make America great again.” Part of how he’ll do it is by giving Americans things for free – like a secure border.

Trump declared that he was going to protect America from foreign rapists and terrorists by building a “great great wall” between the USA and Mexico. And guess what? It’ll be for free. The Mexican government will pay for it.

He rallied people to his cause by degrading both his Republican and Democratic opponents.  Like Sanders, he bellowed about Americans’ fears, and pointed fingers at people and institutions that were corrupt and inept that needed to be overhauled and overthrown.

Americans are fond of getting things for free.  If the amount of government waste is not enough for free handouts, they will be happy to take a baton to a piñata to get their due.  And they will beat that piñata senseless if they are both angry and feel threatened.

Trump and Sanders are handing their angry and scared followers large batons, and pointing to opponents as political piñatas.

Healthcare and education have been the only two items that have escalated in cost more than inflation every year.  These important components of life were rapidly becoming prohibitively expensive for many.  The fear of becoming ill and then destitute is real for many Americans.  The burden of college loans frightens many to abandon the dream of a degree.

The solution offered by Obama was to focus on adding fees onto various people and the healthcare industry, to give subsidized medicine to the poor.  But he made virtually no attempt to lower the escalation of healthcare costs through items like major tort reform.

For his part, Sanders is looking to provide free college to people.  He makes no attempt to lower the escalating costs of education through reforms to professor tenure and sabbaticals (no other industry in America has such institutionalized largess and abuse).  Instead, he seeks new taxes to pay for the new perks.

Sanders’ proposal does not follow Obama’s lead that taxed the institutions from the same industry (healthcare) to pay for education.  Sanders wants to tax a group that has nothing to do with college (Wall Street), simply because he views the industry as corrupt and too wealthy.

Such action moves past Obama’s coupling of fear and entitlements. That is a marriage of greed and anger.

Trump’s call to build a great big wall is a modification of those two efforts: a pairing of fear and anger.

Trump is addressing Americans fear about terrorism. Not everyday killings on the street by gangs, but foreigners coming into the country and causing havoc.

Americans see the carnage all over Facebook and news in Europe about foreign murderers and rapists. That situation can come to the USA. Like Obama, he will provide Americans with something they want, to address something they fear that will not cost them anything.  Like Sanders, he loudly points a finger at the party that he intends to charge with the solution.

Getting free stuff is fun. Addressing a fear is important.  Vetting anger feels good.  But those feelings have nothing to do with truth.

Exclusively blaming Wall Street without blaming the government that pushed banks to lend to the poor, is not just half-a-story. It is cherry-picking so much that it tells a lie that will lead to more bad governmental policies.

Blaming the border with Mexico for Islamic terrorism that grips the world is a gross misrepresenting of the people from Latin America that are seeking a better quality of life.  They seek to join America, not a path to destroy America.

The fears of Americans regarding security and the economy are real.  But the politicians from the right and left are feeding Americans a diet of half-truths with their free give-aways. They have stoked public anger in an environment of free entitlements.

The movement to blame people for systemic problems is called scapegoating.  Vilifying them with falsehoods put dangerous emotions in play.  Today’s candidates are coupling fear, anger and greed to a dangerous level.

Almost 600 years ago, on March 12, 1421, the people of Vienna, Austria accused the Jews of abusing Christianity.  They burned families at the stake and took all of their possessions.  A false claim turned into an inferno.  The coupling of fear and anger led to free goodies for the masses.

Let’s not simply hope that calmer heads prevail.  We must all call out the lies and hatred that are emanating from the Democratic and Republican contenders.

Trump Fails to Understand that Jews Want Peace, not a Deal 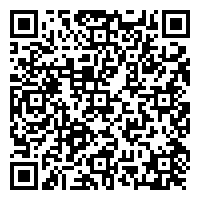