Various segments of western society have become critical about “cultural appropriation” in which the majority group adopts customs of another group without explicitly acknowledging its origins, as to do so would be both stealing and effectively wiping out the essence of the minority culture. The issue is even more concerning when the majority group’s acts of appropriation specifically target religious and holy items of minority groups.


There is no greater example of this trend than the broad theft of the Jewish “Promised Land.”

In Genesis 12, God tells Abraham to leave his home “to the land that I will show you.” When he passed through Shechem (Nablus) God said “I will assign this land to your offspring.” It is a speech which God would repeat throughout the Bible to Abraham, Isaac, Jacob (Israel) and the Children of Israel, that this specific land was promised “as an everlasting possession.” (Genesis 17:8) It is a core belief of Judaism.

Over time, non-Jewish musicians and poets would use the phrase “Promised Land” as a generic destination without noting its specific identity to the land of Israel for Jews. Chuck Berry sang about it (later covered by Elvis) in reference to California as a destination for his music to reach the masses. Bruce Springsteen sang about the “promised land” as a place of yearning, a mental and spiritual destination beyond current problems.

When Arab invaders brought Islam into Israel in the seventh and eighth centuries, they seized Jewish holy sites like the Tomb of the Jewish Matriarchs and Patriarchs in Hebron and turned it into a mosque. They built the Dome of the Rock atop the Jewish Temple Mount. The Muslims even adopted the notion of a “waqf” as a religious holy space. As opposed to Jews who viewed the land of Israel as holy because it was promised to them by God, Muslims believe that anywhere Muslims conquered and established the supremacy of Islam became a Muslim holy land. As such, Muslims attempted to erase the physical Jewish Promised Land as a land of their own.

Politicians mostly avoid using the term “Promised Land.” They might note that Israel is a “Holy Land” which is “sacred to Jews and Christians and Muslims” as President Obama noted in a national prayer breakfast in 2014, stripping the uniqueness of the Promised Land for Jews. When Obama did use the term “Promised Land” it was as a metaphor for when Black children will have full equality to live in an America devoid of bigotry and racism.

The worst and most feared element of cultural appropriation happens constantly in regards to the “Promised Land,” in which it is either used generically as a metaphor without any connection to Jews, or when applied to the physical land of Israel, it is noted as holy to the three monotheistic faiths and not uniquely promised to the Children of Israel.

We should aspire to follow the example of Rev. Martin Luther King Jr. whose final speech in 1968 pulled together the story of the Jewish Promised Land in connection with his desire for a more perfect society:

“Something is happening in Memphis; something is happening in our world. And you know, if I were standing at the beginning of time, with the possibility of taking a kind of general and panoramic view of the whole of human history up to now, and the Almighty said to me, “Martin Luther King, which age would you like to live in?” I would take my mental flight by Egypt and I would watch God’s children in their magnificent trek from the dark dungeons of Egypt through, or rather across the Red Sea, through the wilderness on toward the promised land. And in spite of its magnificence, I wouldn’t stop there…

Like anybody, I would like to live a long life. Longevity has its place. But I’m not concerned about that now. I just want to do God’s will. And He’s allowed me to go up to the mountain. And I’ve looked over. And I’ve seen the Promised Land. I may not get there with you. But I want you to know tonight, that we, as a people, will get to the promised land!“

The “promised land” is commonly used as a metaphor for a perfect society. Let’s strive for that perfection by acknowledging that its foundation is the Jewish State of Israel.

The Cave of the Jewish Matriarch and Arab Cultural Appropriation 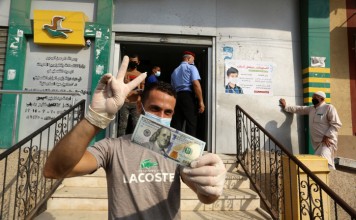 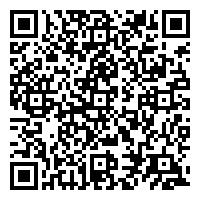