New York’s Metropolitan Opera was forced to cancel its entire 2020 season due to the pandemic. The company’s general manager Peter Gelb hopes to open again on New Year’s Eve, December 31, 2020.


During this time, many wonder whether the company will commission a work tackling the recent murder of a Black man, George Floyd, by a White Minnesota police officer, Derek Chauvin. The Met has been known to perform controversial and contemporary works in the past. Regarding a work on Palestinian terrorists killing a Jewish man, Gelb said in 2014:

“’The Death of Klinghoffer’ is arguably the greatest operatic writing from America’s leading composer of contemporary opera. Like other operas of Adams, it deals with contemporary history, in this case the hijacking of the Achille Lauro cruise ship and murder of an innocent Jew by Palestinian terrorists. Although it has been accused of being anti-Semitic and a glorification of terrorism (it’s neither), I believe the libretto is guiltless in its attempt to understand the motives of the criminals who perpetrated the Klinghoffer crime.

Controversial or not, at least grand opera is back in the cultural conversation.”

The New York Times strongly backed the showing of the opera and wrote on June 19, 2014 that it was an important piece and that “the opera gives voice to all sides.” It quoted Gelb saying the composer “John Adams said that in composing ‘The Death of Klinghoffer’ he tried to understand the hijackers and their motivations, and to look for humanity in the terrorists.”

The current situation surrounding the killing of Floyd and related protests is seemingly a great opportunity for the Met to get “back in the cultural conversation” to “understand the motives” of police officers who sometimes choke and shoot unarmed Black men. It would be an opportunity to “give a voice to all sides” of “contemporary history” and explore the “humanity” of police officers accused of killing minorities, especially after fourteen fellow Minneapolis police officers wrote that “Chauvin failed as a human.”

However, people may strongly object to such comparison. How does one compare the killing of a 6’4” 225-pound man in a physical tussle to the point blank shooting of a wheelchair-bound elderly man and subsequent tossing him off a boat while on an anniversary cruise?

In 2014, the liberal media actively and deliberately normalized antisemitism and the slaughter of Jews in the arts and in articles about riots in the streets of Europe during the 2014 Gaza War. It served as a natural segue to supporting Iran, the leading state sponsor of terrorism which called for the destruction of Israel, to obtain a legal pathway towards nuclear weapons.

So when Jewish blood ran in the streets of Jersey City in 2019, the humanity of the Black residents worried about the influx of Jews became the main concern. Hating Jews had already become rationalized and not worthy of reporting, much like the Times casually stating that 93 percent of Arabs in the West Bank and Gaza being antisemitic was “not surprising.” There are two sides to a killing and the grand opera houses are seemingly the right forum to better understand the motives of killers.

The liberal performing arts are on hiatus, so the time is ripe to develop an opera showcasing the important other side of the tragedy in Minneapolis and show the world the humanity of Derek Chauvin. 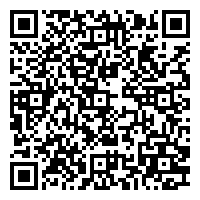