The year 2014 was notable for the global escalation in terror and death compared to prior years.

Various news agencies highlighted the most significant news events which ranged from Ebola to Russia’s invasion of Ukraine. They selected new events that impacted thousands of people in 2014 which had potentially long-term consequences.

The large color picture was displayed on its cover page on July 7, 2014. The bruised 15-year old Arab boy was being escorted out of a police station where he had been detained after throwing stones in a riot. There are several things that make the front-page treatment of the teenager note-worthy:

The beating of an Arab youth by Israeli forces was given more prominence and therefore deemed more important than those other world events.

This New York Times news story came shortly after three Israeli teenagers were abducted and murdered by Palestinians. The New York Times never placed even a small black-and-white photo of any of the three Jewish teenagers on the front page. Their plight was also not viewed as important by the Times.

Over the course of the next several weeks as Operation Protective Edge unfolded, the New York Times continued to put pictures of Palestinian children on the front page of the paper. Throughout July (July 11, 14, 17, 21, 22, 24 and 29th) the paper had pictures of Palestinians suffering on the front page. It took until July 29 – buried on page A6 – for the Times to write about and post a single picture of the Hamas terror tunnel network that was a main factor in launching the Israeli ground invasion of Gaza.

Further, Palestinian leadership, whether Hamas leaders such as Khaled Mashal or acting Palestinian Authority president Mahmoud Abbas, never were pictured on the pages of the Times during Operation Protective Edge (the only leader to be pictured was Ismail Haniyeh  on September 4 page A10, well after the fighting had stopped). The paper only showed pictures of Arab civilians. However, Israeli Prime Minister Benjamin Netanyahu’s picture was shown often (July 7 twice; July 22; July 27; July 29; August 7), as were Israeli police and soldiers. The overall message of the New York Times was clear: the Israeli government was attacking Palestinian youths and civilians; it was not a war between opposing government authorities. 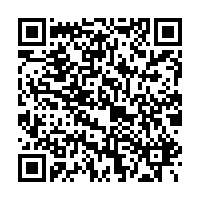