On March 9, 2017, The New York Times wrote an editorial called “Israel Says Dissenters Are Unwelcome.” The NYT editorial board did not simply disagree with Israel’s decision to bar entry to people that advocated for boycotting the Jewish State, it mischaracterized the situation completely.


In the editorial, the paper littered the article with the words “occupation” and “settlements.” It never stated that Israel does not view Jews living on the east side of the arbitrary Green Line (EGL) as an occupation. It never stated that advocates of the BDS campaign are adopting an anti-Semitic platform that was instituted by the Jordanians who expelled all of the Jews from the region in 1949, then annexed it and gave citizenship only to non-Jews. It did not give the readers the facts that the Palestinian Arabs have adopted this policy and have a law that selling any land to a Jew is punishable by death.

Further, the Times wrote that “The United States, Israel’s strongest military supporter, has consistently held that settlement building in the occupied territories is illegal.” That is a boldface lie. President Carter was the only US president to call Jews living in EGL/West Bank illegal. All others – including President Obama – used language like “unhelpful” or, as Obama said “illegitimate.”

Lastly, the editorial stated that BDS supporters are those “who support the search for a lasting peace.” The BDS campaign is all about anti-normalization of Jews and Arabs living and working together. It is either a call by anti-Semites and Israel haters, or by others that believe that a Jew-free state is the only solution for peace. If that is true, then Israel should apply the same logic and expel every Arab from the Jewish State. But the NYT labeled Israelis who advocate such approach as “far-right extremists.” Why not use the same label for BDS-supporters?

The editorial page is a place where the paper makes its opinions, and the paper has every right to state its ignorant views. However, printing outright lies and misinformation does nothing to educate readers. Other than to the fact that the Times consistently ignores facts.

The Cancer in the Arab-Israeli Conflict

The Israeli Peace Process versus the Palestinian Divorce Proceedings 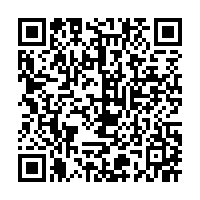