The poll noted that more Gazans think that Hamas is not corrupt (45.3%) versus 8.3% of Arabs in the West Bank; Gazans back Hamas for president (64.4%) versus only 37.9% of West Bank Arabs; and 53.9% of Gazans believing fair elections can be held while 58.2% of West Bank Arabs think otherwise. When it comes to the Palestinian Authority (PA), almost everyone agrees that it is hopelessly corrupt (88.9% and 84.5% for Gaza and West Bank Arabs, respectively).

The latest poll also asked if people wanted to get the coronavirus vaccine. In Gaza, 50.5% and 31.6% stated they certainly did and thought they wanted to be vaccinated, respectively (82.1% in favor of vaccination), while 49.8% and 19.4% of West Bank Arabs said they certainly and probably DID NOT want to be vaccinated, respectively (69.2% against vaccination).

That is a remarkable difference in attitudes towards vaccination between the two regions which begs the question as to why Gazans want the vaccine while West Bank Arabs do not.

As relevant, is the fact that Gazans trust the Hamas authorities to look out for them. Both the Arabs in the West Bank and Gaza do not trust the PA in any matter. With Hamas ruling Gaza and in charge of coordinating a vaccination program with the United Nations, Gazans are much more comfortable getting the vaccine than West Bank Arabs led by the PA with zero credibility.

Meanwhile in the United States, several far-left members of Congress including Rep. Jamaal Bowman (D-NY), Rep. Joaquin Castro (D-TX), Rep. Marie Newman (D-IL), Sen. Tim Kaine (D-VA) and Rep. Rashida Tlaib (D-MI) criticized Israel for not vaccinating Arabs in Gaza and the West Bank, even though the PA took on the responsibility for healthcare in the Oslo Accords and does so together with the United Nations. To suggest that Israel should re-enter Gaza, which it left in 2005, to vaccinate people who have gone to war with Israel three times since 2008 is both illogical and dangerous. To push Israel to vaccinate West Bank Arabs who don’t want the vaccine would be an assault. If West Bankers do not trust the Palestinian Authority, why would anyone think they would trust Israel?

The PA stated publicly that it was not asking Israel to secure vaccinations for them and are coordinating efforts with the World Health Organization. Members of the PA Health Ministry were insulted by the suggestion that they work with Israel adding “We are not a department in the Israeli Defense Ministry. We have our own government and Ministry of Health, and they are making huge efforts to get the vaccine.“

The concern of the American “progressives” uniquely for Palestinians is puzzling as they are faring better than most. According to the current information from Worldometers:

The Arabs in Gaza and the West Bank rank 62nd globally in frequency of cases and have far fewer deaths than other countries with a similar positive infection rate. Yet there has been no outcry from those same Democrats about the situation in Bulgaria or Belize who are dying at rates multiples higher than Arabs. It seems to suggest that the left-wing Americans are using the coronavirus dynamic merely as a cudgel against Israel.

There is a significant gap in the attitude of Gazans and West Bank Arabs regarding the coronavirus vaccine as well as among far-left politicians regarding their concern for Palestinian Arabs and Albanians who are fairing much worse in the pandemic. The gap is one of trust, with Palestinians trusting Hamas but not the PA, and “Progressives” singularly not trusting Israel among all the nations. 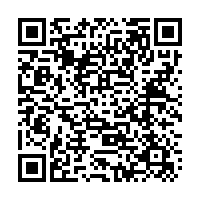