It’s obvious sour grapes coming from a group that endorsed and funded a campaign just like AIPAC and DMFI, but lost.


Not three weeks later, J Street has entered the race of New York’s 16th Congressional District, in lower Westchester County. And in a hypocritical and disgusting fashion.

Neither the bipartisan group AIPAC nor the centrist Democratic DMFI have spent one dollar on the NY-16 race. Neither group has even endorsed any of the three candidates running. While both groups strongly dislike the anti-Israel Rep. Jamaal Bowman who is the incumbent, they have refrained from engaging in the race as the odds of defeating him are low, so have opted to focus elsewhere.

J Street endorsed Bowman early but did not put in any money into the race. Until now.

After witnessing the near loss of another anti-Israel incumbent member of “the Squad”, Ilhan Omar (D-MN), J Street has become nervous. Omar won her Democratic primary by 2,400 votes out of 110,000 cast. Omar won the poorer, densely populated city area of Minneapolis but lost the wealthy suburbs. If AIPAC of DMFI had put resources into the race, Omar would likely have been defeated.

There are potential lessons for the NY-16 race.

J Street endorsed Rep. Bowman in January 2022 when NY-16 included a large section of the Bronx section of New York City. In May, the district was redrawn, removing almost the entirety of the Bronx and replacing it with the wealthier suburbs of lower Westchester. This dynamic could theoretically swap the rank-and-file reliable liberal voters with more moderate ones, threatening a far-left incumbent like Bowman.

A review of the 2020 presidential voting offers some color on how the new NY-16 towns of Westchester (many of which were in NY-17 previously), vote compared to the sections of the Bronx (now in NY-15) which were replaced.

Voting in 2020 Democratic Presidential Primary from New York State Board of Elections June 23, 2020

There are a couple of takeaways from the voting patterns of the poorer sections of the Bronx which were removed from NY-16 relative to the wealthier sections of Westchester which were added. The biggest one is that Westchester was much more content to put in “protest” votes in leaving the choice blank (+6.9%), rather than follow the front-runner, Joe Biden (-6.4%).

The second is that the wealthier towns of Westchester, a county which is roughly 20% Jewish, did not rally to Michael Bloomberg. This observation should be discounted by the Bronx having him as major for three terms while Westchester did not.

The political strategists at J Street know these things: that Westchester is just as likely to vote liberal BUT is also likely to stay away and not support the frontrunner incumbent, especially in an off-cycle end of summer primary. The lower voter turnout and Westchester’s challenge to the frontrunner could spell the end of Bowman’s political career.

There are specific reasons for Bowman to be concerned beyond macro trend lines, which has brought J Street into the action.

Bowman’s positions are very unpopular in lower Westchester. Those include:

The vast majority of the Westchester Jewish community is against these policies. Further, reading of Bowman’s tight relationship with the noxiously anti-Israel group IfNotNow where he said “I couldn’t be more grateful that IfNotNow Movement has had my back in Congress this year and I know that our partnership is just beginning,” made people search for an alternative.

J Street wasn’t initially concerned by the anger of the Jewish community, as there were three candidates running against Bowman. His victory was a near certainty as people were likely to split the vote. With AIPAC and DMFI concluding the same and staying out of the race, J Street opted to place its money bets on other races.

However, over the last few weeks, Jewish grass roots efforts led to coalescing behind Vedat Gashi, a secular Muslim immigrant from Kosovo. The Jewish community was pulled in by his powerful story, his pledge for “commonsense” policies which would NOT defund the police, which would support investments in infrastructure and would support Israel. Gashi lawn signs began dotting the suburban landscape. The easy Bowman victory was now hotly contested.

So J Street came in to fight the local Jews.

With primaries scheduled for August 23rd, J Street announced on August 17 that it would pour $200,000 into the races of Rep. Jerry Nadler and Rep. Jamaal Bowman. The hypocrisy of funding Bowman in a race without any PAC involvement after slamming “aggressive outside spending” is just the beginning.

J Street’s flood of money in the final days of the race is not only going against the desires of the local Jewish community, it is trying to get the non-Jewish community out to vote. Its press release states that the “Bowman ad running across streaming platforms including ESPN, Vevo, MLB, NBC, CBS, ABC and BET.” BET is predominantly watched by the non-Jewish African-American community.

The Westchester Jewish community is outraged.

J Street is attempting to undermine the local Jewish community’s desire for a moderate pro-Israel candidate to represent them in congress, by spending tons of money to get the non-Jewish community to vote for a far-left anti-Israel candidate. It’s appalling, and the ramifications will likely last well beyond this immediate election. 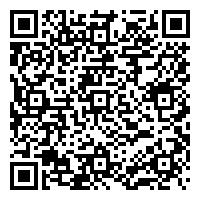