I was born an Arab, partly Lebanese, partly Syrian, and partly Egyptian. I was destined to distrust Israel, and let’s be honest, to be an anti-Semite who thinks that Israel exists only because Europeans feel guilty about the Holocaust and Jews control world banks and the US government.

But as luck would have it, I chose a different course. I chose to stand with a people (Jews) that defied all odds and became the only ancient civilization to reclaim its native land from imperialist invaders (Arabs, my ancestors).


I chose to support a state that managed to survive in 1947/49 against much more numerous invaders, and despite the indifference and even hostility of most of the world.

I chose to support a nation that stunned and repelled its allied Arab enemies in six short days in 1967 despite an embargo and condemnation by France which had previously been its main weapons supplier.

I chose to stand with the Jews who despite early setbacks in 1973, and despite a slow and hesitant re-supply by the US that had to overcome a flight ban by most European countries, forced the attacking Arab armies into retreat.

I chose the side that resettled hundreds of thousands of Jewish refugees from Arab lands while the Arab world refused to resettle Arab refugees from Israel so that they could be used as pawns in a never-ending war of hatred against the Jewish state.

I stand with Israel because its Arab minority has full democratic, economic, and religious rights while the Arab world has made its few remaining Jews invisible and irrelevant.

I stand with the Jews because most of today’s world chooses the expediency of appeasing anti-Semitic mobs rather than the arduous road of supporting the tiny minority that deserves to be supported.

I support Israel because it is condemned for building homes for Israelis, mostly Jews but also Arabs, in the disputed territories of the West Bank, while Palestinians are not condemned for refusing to accept the presence of Jews in a future Palestinian state.

I stand with the state of Israel because it is the one and only shining light of democracy, liberal values, and human rights in the whole of the Middle East and much of the world.

I made this choice because I can, because I am driven by reason, empathy, and moral values, and not by indoctrination, envy, and hatred.

My birth on the Arab side of the Israel-Arab conflict was not my choice, but my moral stand is my choice, and my choice is Israel. 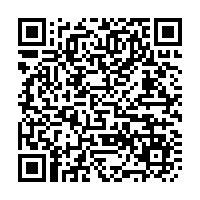