Everywhere you look, anti-Semitism is someone else’s problem. Everyone should instead look in the mirror, not only because they have anti-Semitism festering in their own home, but also because only they can effectively address the anti-Semitism at home.


This type of finger-pointing has become increasingly common in the United States. Republicans accuse Democrats of letting anti-Semites in by allowing anti-Israel candidates to run for them and get elected. Democrats accuse Republicans of turning a blind eye to some unsavory anti-Semites because they vote for President Donald Trump and are attracted to his anti-immigrant language. Republicans and Democrats are both right, but the accusations fall on deaf ears because they are motivated by partisanship.

Anti-Semitism inside the Democratic Party will not be reduced by Republican criticism of Democrats. In fact, such partisan criticism increases the profile of anti-Semitic candidates and makes them more popular in their own party. Conversely for anti-Semitism inside the Republican Party. Yet both forms of antisemitism must be fought. People within each party must step up and do it.

It is as if anti-Semitism is no longer taken seriously as a social ill. It has become a convenient accusation with which to hit the opponent on the head. The sad reality, however, is that anti-Semitism is still very much alive and should be taken as seriously today as it should have been taken in 1930’s Europe.

The left is being taken over by anti-Semites in the name of some “pro-Palestinian cause” (do not ask what the cause means because no one knows), and in some countries, such as the United Kingdom, the infection has reached the very top. On the right, openly antisemitic neo-Nazism is growing again in popularity, particularly in Europe with parties such as the National Democratic Party of Germany and Golden Dawn in Greece.

Left-wing antisemitism is typically anti-Israel, while right-wing antisemitism usually concentrates on hatred of Jews at home, but the two sometimes intermingle happily. For example, in 2009, the German National Democratic Party held a “Holocaust” vigil for Gaza, in support of Palestinian terrorists.

There is no sign that anti-Semitism will decline anytime soon, so there is every reason to increase our efforts in fighting it. And for each of us, that means attacking it at home, not at the neighbor’s home.

The fight against anti-Semitism is too important to be treated as the political football that it has too often become. It is time to reassess our list of priorities and to lower the place of political partisanship on that list. 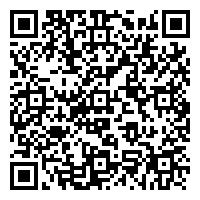