Much of the official anti-Israel narrative in the last few years has revolved around the claim that Palestinians want a two-state solution while Israel’s right-wing government refuses to give it to them. That was however never anything but a red herring.

The reality is that Israel is the only side in this conflict that has ever accepted the concept of two-state solution, first by agreeing to the 1947 UN partition plan, immediately rejected by the Arab world, then by offering two-state solutions to the Palestinians on several occasions. By rejecting each such opportunity, the Arab side has made it abundantly clear that they would never settle for anything less than the end of Israel as a Jewish state.


In the 69 years of this history, Israelis’ support for the two-state solution, however, has slowly eroded. The main reason is the realization that the Palestinians never wanted it and are not likely to ever want it.

This leaves the two-state solution with practically no supporters in either side of the conflict. Support for it comes from the outside: Western leaders who still hold on to the hope that it will somehow materialize. This has allowed Palestinian President Mahmood Abbas to manipulate those leaders even though he has no ability to and no interest in delivering a two-state solution for his people.

This is the beginning of progress. For progress to occur in the Israel-Palestinian conflict, one must first recognize that the two-state solution is dead.

Trump made a first step in that direction when he said, “The United States would support a two-state solution if agreed to by both sides”. The logical implication is that the US should no longer support the two-state solution because neither side wants it.

This step will not be taken easily by Western leaders because they do not yet have an alternative to fall back on. The anti-Israel mobs in their countries, however, already know the alternative that they want; they never wanted a two-state solution anyway. What they want is a single state with equal rights for everyone, at least initially, to be followed by Arab-majority rule and the marginalization, deportation, or massacre of the Jews, depending on the radicalism of the mob.

It is not unlikely that Western leaders will soon start moving towards that alternative, pretending that the new state could be democratic and could provide fairness to everyone. The anti-Israel mobs demand it. French President Emmanuel Macron is likely to propose Lebanon as a model to follow. He already suggested it to Syrians when he told them to “take inspiration from the Lebanese model”, adding with unbelievable audacity that, “Lebanon is the only successful pluralistic model in the region”.

Even Gregg Carlstrom, formerly with Al Jazeera, someone who takes the Palestinian officials’ word that they support the two-state solution, recognizes that that support is faltering. He wrote in Newsweek that, “Many [Palestinians] now see their struggle as a civil rights movement: “Give us Israeli passports,” they argue, “and let us work in Tel Aviv and fly abroad from Ben-Gurion airport.” Even Palestinians who are committed to two states acknowledge that the idea has an expiration date. “The two-state solution is not a Palestinian demand,” says Husam Zumlot, the Palestinian ambassador in Washington. “It’s a Palestinian offer.””

Israel will sooner or later have no choice but to deal with that demand, and it will have to express clearly, frequently, and unequivocally the parameters of that solution. I believe that they should be as follows:

Trump has set in motion the post-two-state-solution era. If he had not, someone else would have. This became inevitable when in 2000, former Palestinian President Yasser Arafat walked away from an offer by former Israeli Prime Minister Ehud Barak, an offer that was so generous that Barak’s constituency at home was furious. Seventeen years later it is about time that the meaning of that refusal started being acknowledged. 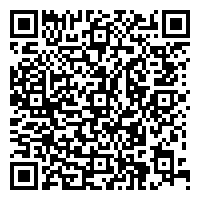