The left-liberal German Green party finally forced the hand of the conservative Merkel administration to explicitly declare—what before had been an open secret—its support for product labels covering export goods from the occupied territories in the West Bank and Golan Heights.

Germany’s Green Party unleashed a firestorm of criticism in May over its parliamentary initiative to label Israeli exports to Europe and the Federal Republic. Critics in Germany and the United Kingdom argued that the Green Party push was an eerie reminder of the Hitler movement’s “Kauf nicht bei Juden!” [Do not buy from Jews!] boycott action and a modernized form of the yellow star.

Dr. Emily Haber, a state secretary in the German Foreign Ministry, conveyed the new position of Chancellor Angela Merkel’s government in a letter to the Green Party: “The label ‘Made in Israel’ is, according to the opinion of the federal government, only allowed for products from within the borders of Israeli state territory before 1967.”

The measure is an unashamedly provocative anti-Israel move by the largely pro-Israel Merkel administration. It will blur the lines between an all-encompassing boycott of Israeli merchandise and demarcation of settlement products. In short, the pro-Palestinian Boycott, Divestment and Sanctions movement will push the punitive label action down the slippery slope of blocking access to all Israeli goods.


Apparently, a decision about how to label products made beyond the Green Line hasn’t been made yet. The yellow star is probably not in the running, but it should be. It is impossible any longer to hide the ugly hate-based double standard applied to the world’s only Jewish state by the international Left, of which Greens are representative:

In 1983, the Green Party put out a “Green Calendar” with the headline “Israel, the gang of murderers” and called for a “boycott of goods from Israel.” In an article last month in the German daily Die Welt entitled ‘The long tradition of Green Anti-Zionism,” the Green Party’s history of blaming Israel for the Middle East’s problems was highlighted. A year after the notorious “Green Calendar” was published, Green party politicians launched a fact-finding mission in the Middle East with visits to Jordan, Israel, Syria, Lebanon, and the occupied West Bank. The delegation prepared a final document ahead of the trip declaring Israel “totally responsible for the emerging blood bath in the Middle East, when Israel does not decisively change its policies.”

A mere seven years later, a leading Green deputy, Hans-Christian Ströbele, who still serves in the Bundestag, justified the later Iraqi leader Saddam Hussein’s rocket attacks on the Jewish state during the First Gulf War in 1991 as a “logical, almost compelling consequence of Israel’s politics.”

Another telling example of the Greens’ disparate treatment toward Israel is that they have shown no comprehensive and systematic effort to push Germany’s government to similarly label products from Turkish occupied North Cyprus. In fact, the E.U. has showed no appetite for product labeling from territorial conflicts spanning the globe: Gibraltar, the Falklands, Western Sahara, Tibet, Kashmir, the Russian-held regions of Georgia, Armenian-held regions of Azerbaijan, North Cyprus, and Kosovo. Israeli products remain the notable exception subject to EU consumer protection.

The EU continues to hide its official Jew-hatred behind logically indefensible statements that the presence of Jews in Judea and Samaria is illegal, but its double standard betrays its true motivation. 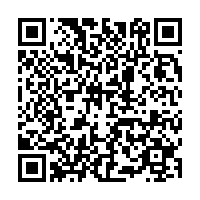