The surprising saga of Barack Obama and Chemical Bashar continues with new twists and turns. First the President threatened, practically promised, a punitive (although strategically insignificant) missile strike in a matter of days, and then his people leaked precisely what it would be like in shocking, unprecedented detail — permitting Assad to vacate likely targets.

Israel placed its armed forces on alert, after threats from Iran, Syria and Hizballah, although — thanks to Israel’s credible promise of disproportionate response to any provocations — retaliation against it was considered unlikely. Israelis queued for gas masks and possibly even cleared the junk out of some bomb shelters.


Then the British Parliament embarrassed its PM by refusing to authorize the use of force against Syria. And the next day, Obama announced that he had decided to ask for the approval of Congress before taking action — and Congress is away on vacation until September 9.

How unfair! I can imagine the Syrians worrying about whether they ought to move their missiles back to their usual places, while Israelis stuff all the old baby strollers and lawn furniture back into their bomb shelters.

I have been watching the extended display of Western weakness and indecision, along with the unusual spectacle of Obama supporters calling for military action (at least, as long as he was) with interest.

It should be clear that — like most of the unrest in the Middle East today — the Syrian conflict has nothing to do with Israel, unless someone gets really stupid. Israel has done its best to remain neutral except insofar as it has acted to prevent the transfer of game-changing weapons to Hizballah.

But it seems to be just too tempting for some to resist trying to make Israel part of it in one way or another. For example, here is a piece of NPR’s morning newscast today, during which Hamlet Obama’s latest non-action is analyzed (my transcription):

Mara Liasson: What happened was the President changed his mind. He saw what happened in Great Britain, he knew he wasn’t getting the support of the United Nations Security Council, and, uh, although the White House insists they don’t need congressional approval to act, they are not legally required to get it, he felt that going to Congress would put any military action on a much stronger footing. It would also be consistent with the position that he’s taken all along, in favor of presidents going to Congress first. And especially with a public that’s deeply ambivalent about military action, he decided that a full debate with the people’s representatives was the best way to go. …

Wade Goodwyn: Will he get any support from Congress?

ML: Well, that’s the big question. If the vote was held right now I think the answer would be ‘no’, he’d lose. That’s what makes this such a hugely risky move on the President’s part, because a failure would weaken him immensely, the way it has for Prime Minister Cameron. But lots of members of Congress reacted favorably, as you said, to the decision to come to them, you know 200 of them had signed a letter demanding that he do so. But there are still many Republicans, especially in the House, who won’t approve of anything the President wants to do, and there are many Democrats who are against military action. And even in the Senate, where support for the President’s position is considered stronger, there are lawmakers like Lindsay Graham and John McCain who say they will vote ‘no’ because the tailored, limited, shot-across-the-bow type of military action that the President is describing won’t be effective.

So the public, as I said, is deeply ambivalent — for many members it is a lot tougher to vote ‘yes’ on this than ‘no’ — and the President is going to have to spend the next week or two working this very hard, and enlisting allies like Israel to help him sway members. [my emphasis]

Oh, please. Don’t drag Israel (and certainly not the ‘Israel Lobby’) into this! Except insofar as she has to be prepared to deter opportunistic attacks, Israel could not care less whether Obama  bombs some empty buildings to ‘teach Assad a lesson’. Whatever Obama does or does not do will be — or should be — based on his perception of US interests.

Maybe I’m paranoid, but I smell an attempt to position Israel to take the blame if something goes wrong with this already highly problematic exercise. 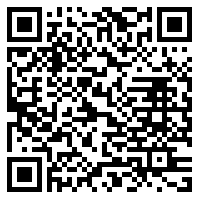