The Syrian regime has used lethal chemical weapons, mostly sarin gas, against armed rebels several times in the past few weeks, and is continuing to do so, the head of the Israel Defense Forces Military Intelligence Research Branch, Brig. Gen. ltay Baron, said on Monday.

Baron said that photographs showing victims with foam coming out of their mouths and contracted pupils were signs that deadly gas had been used.

Speaking at the Institute for National Security Studies in Tel Aviv, Baron confirmed that “to the best of its [the IDF’s] knowledge,” weapons of mass destruction had definitely been used by the Syrian regime, a development which the United States and others say they are still trying to determine.

In his briefing, Baron said the lack of an “appropriate international response” to the Syrian regime’s use of chemical weapons was “very worrying” and was leading Syrian President Bashar al-Assad and his forces to believe that there were no consequences to their use of WMDs.

This follows on a report that appeared last week:

Britain and France have informed the United Nations that there is credible evidence that Syria has used chemical weapons on more than one occasion since December, according to senior diplomats and officials briefed on the accounts.

In letters to U.N. Secretary General Ban Ki-moon, the two European powers said soil samples, witness interviews and opposition sources support charges that nerve agents were used in and around the cities of Aleppo, Homs and possibly Damascus, said the officials, who spoke on the condition of anonymity because of the sensitivity of the matter.

The British Foreign Secretary, William Hague, expressed serious concern over evidence of chemical weapon use, but left open the possibility that it was the rebels that had used them. But there is no evidence that the rebels have control of such weapons, while there is plenty that the regime does and has been preparing to use them.

Chemical weapons are difficult to use effectively and so far have not lived up to their destructive potential. Huge quantities of poison gases like chlorine, phosgene and mustard gas were used during WWI, leading to perhaps 1,000,000 casualties and less than 100,000 fatalities — a horrendous number in absolute terms, but not when compared to the overall carnage. Iraq used mustard gas and nerve agents against Iran during their war in the 1980′s, causing perhaps 100,000 casualties and 20,000 immediate deaths.

There is something deeply terrifying about these weapons, even more so than the far more potent and dangerous nuclear bombs, which have the potential to kill millions in a single attack. It has been reported that Israel informed its enemies that it would consider nuclear retaliation in response to a chemical attack, and Egypt, Syria and Iraq — all of which had developed chemical warfare capability and had used it in other conflicts — apparently believed it, and did not employ them against Israel in several wars. Such is the power of deterrence.

Last August, President Obama said that the use of chemical weapons in the Syrian Civil war would cross a “red line” that would bring about some form of active intervention by the U.S. and its allies:

“We have been very clear to the Assad regime, but also to other players on the ground, that a red line for us is we start seeing a whole bunch of chemical weapons moving around or being utilized. That would change my calculus,” Obama said. “That would change my equation. . . . We’re monitoring that situation very carefully. We have put together a range of contingency plans.”

The president’s remarks represented his strongest language to date on how the United States might respond to contain Syria’s chemical weapons arsenal. In July, he warned that Assad would be “held accountable by the international community” if he made the “tragic mistake” of deploying chemical munitions.

Immediately afterwards, an anonymous official softened the statement a bit:

On Monday, an administration official said that Obama did not intend to flag any change in policy in his latest remarks and that the appetite for military intervention remains low. 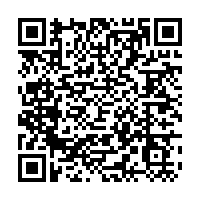