The article that follows was published on a blog called Harry’s Place. But at least for now it is unavailable as a result of a denial-of-service attack probably launched by anti-Israel hackers. I am presenting it here in full. I encourage other bloggers interested in the truth to copy it and do the same. Note: the associated photo and video are linked to the site under attack and so are not available. I’ve replaced them with similar illustrations.


On the 14th of November, the son of BBC video editor Jihad Masharawi died. Here is his account of what happened:

Interviewer: “Our condolences, Jihad. Tell me what happened with you.”

JM: “Yes. My sister-in-law was killed along with my son and my brother and my other son were wounded [the brother has since died — ed.].

Interviewer: “In which area?”

Zeitoun is a district of Gaza which hosted Iranian Fajr 5 missile sites, ready for launching into Israel. Here is a photograph of one such site:

It is, as you can see, situated within a civilian area.

As you can see by looking at aerial photographs of the Gaza Strip, the area contains a large amount of open and agricultural land. It would be entirely possible for Hamas and its allies to store their missiles in and fire them from somewhere other than residential and civilian areas: near mosques, hospitals, playgrounds, football fields, and private homes. However, they choose instead to situate them in locations where they know that, if they are hit by even the most precise of surgical airstrikes, the secondary explosions will quite possibly cause destruction and death in their area.

I’ve posted below a short video which shows what happens when Israel hits an ammunition cache. These are precisely the consequences that Hamas intends. It is often said that this tactic amounts to sheltering behind skirts and prams as it seeks to kill Israeli civilians. I think that’s precisely what it is.

There are a number of possibilities.

First of all, Israel deliberately launched a missile at a civilian house, intending to kill him and his family. That, as the Elder of Ziyon observes, is unlikely:

The idea that Israel, which managed to kill less than one civilian for every 30 airstrikes in Gaza, targeted the house of a low-level BBC employee during the initial wave of attacks – while he wasn’t home – is simply not believable. Unless you are convinced, ab initio, of Israel’s monstrous nature, there are other explanations that fit the incident far better.

However, that still allows for the possibility that an Israeli missile went astray, or that the attack on the house was intentional, but resulted from mistaken information. That certainly could have happened.

Nevertheless, there are two other possibilities which should be considered. The first is that Hamas or its allies launched a missile at Israel, but that it fell short and hit Jihad Masharawi’s house. That, quite possibly, is the cause of death of Mahmoud Sadallah, whose body was displayed to the world’s media, to be kissed by the Egyptian Prime Minister. Although it was widely claimed in the press that this child died in an Israeli strike, none appears to have taken place at the time of his death. By contrast, estimates of the percentage of the Hamas rockets which fall short and fall within Gaza range from between 15% and 40%. Damage to homes in Gaza by missiles is particularly perilous, because a large number of homes have propane gas heaters, and domestic generators. A missile or shrapnel hit can cause a secondary explosion. In any event, the Elder of Ziyon notes, the Daily Mirror has now removed the news item which most prominently covered the story, but has not announced its reason for doing so, or considered the matter further.

The final possibility is that the shrapnel which hit Jihad Masharawi’s house resulted from an explosion or a secondary explosion on one of the weapons caches and launching sites near his home.

Which theory is correct? We can’t know for sure: at least not yet. Perhaps there will be an investigation in which facts will become apparent. Israel knows where it launched attacks. It may have intelligence which shows the sites of misfired Hamas etc. rockets. Their proximity to Jihad Masharawi’s house could be ascertained.

Who is morally responsible for the deaths of civilians, where despite not being targeted, they die when Hamas shoots wonky rockets which fall short, or when Israeli missiles ignite weapons caches that are intended to be fired at Israeli cities? I can guarantee you that there are many who take the view that even in these circumstances, Israel and Israel alone should be held accountable.

As BBC Watch has pointed out, as far as the BBC and it’s correspondent Jon Donnison are concerned, there is only one possibility: that for some reason Israel fired a missile into Jihad Masharawi’s house. This is how he puts it:

Despite the evidence pointing towards an Israeli air-strike, some have suggested it might have been a misfired Hamas rocket. But at that time, so soon after the launch of Israel’s operation, Israel’s military says mortars had been launched from Gaza, but very few rockets. Mortar fire would not cause the fireball that appears to have engulfed Jihad’s house. Others say that the damage was not consistent with powerful Israeli attacks, but the BBC visited other bomb sites this week with very similar fire damage, where Israel acknowledged carrying out what it called “surgical strikes”. Like at Jihad’s house, there was very little structural damage, but the victims were brought out with massive and fatal burns.

As BBC Watch points out, there is no basis for Donnison’s conviction that an Israeli airstrike hit Jihad Masharawi’s house. Donnison provides observations based upon what he believes to be similar patterns of fire damage. However, the pictures show merely a hole in a building and a fire, which may have been caused by an Israeli airstrike or by any of the other possibilities canvassed above, including one of the ‘very few’ rocket strikes which Donnison discounts. There’s no discussion, either, of the evidence of Jihad Masharawi that ’shrapnel’ – not a rocket – hit his house. That is at odds with Donnison’s belief that the attack looked like the aftermath of an Israel “surgical strike” with a missile. In any event, I don’t know whether an exploding Israeli missile would have left identifiable fragments, but certainly none have been produced.

With limited data, Donnison can’t be sure: but it is very clear what he thinks.

As well as expressing near-certainty that an Israeli strike killed Omar Masharawi, Our Own Correspondent also contained a graphic description of the state of his body and the natural and terrible agony of his father. I think that, having been told the horrific story of how Israel launched a missile into a BBC employee’s house, killing his son, and having heard about the impact of that missile on a tiny child’s face, most people would be unprepared to discuss the possibility that the death had resulted from some other chain of events.

If Israel deliberately launched a missile into a civilian’s house, it should be condemned. If Israel did so, believing that the house was in fact occupied by a military target, then the BBC ought to investigate how it came to make such a terrible mistake. If Omar Masharawi died as a result of a misfired Palestinian rocket or mortar, then that should also be investigated and condemned. Were he to have died following an Israeli strike of a Fajr5 rocket site in Zeitoun, then that should at least be reported. The BBC should ask Hamas why it put a Fajr5 launching site in the middle of a civilian area. It could ask Israel the same question: and its answer would be that it knew that these rockets were being prepared for launch at Tel Aviv and Jerusalem.

I expect that some effort will now be put into trying to find out precisely what happened. If Israel’s culpability is ascertained, that too will be reported and Israel is likely to express regret, which will be regarded as insincere by most partisans of the Palestinian cause. If further evidence of Hamas culpability emerges then, from past experience, that is likely not to be reported at all. Hamas will express no sorrow, because it does not in fact regret the deaths of Palestinian civilians, and because it knows that it will never be pressed on its siting of missiles and caches within civilian neighbourhoods. In arguments on the internet, and at public meetings, we will be told that Israel should not have responded to missile attacks at all, which are in fact incapable of doing any harm, and in any case deserve them because of the supposed ‘occupied’ nature of Gaza.

[F]or a wide swathe of left-liberal and ‘anti-imperialist’ opinion there is now no way Israel can conduct itself from which it will earn moral credit. It is irredeemably tainted in its origin. Conversely, and in the same quarter, there is nothing that Hamas or other representatives of the Palestinian people can do, no wrong or outrage they can commit, which will not be morally ‘cleaned up’ by the perception that these representatives are supposedly the pure vehicle of a struggle against injustice.

One of the reasons for this opinion is that much of the media prominently report the deaths of children when they can be attributed to Israel but, as the Daily Mirror’s quiet de-publishing of its story illustrates, have very little to say when the facts shift and the story becomes less certain. 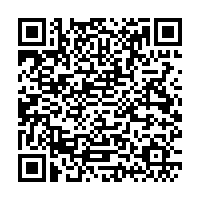