Most of the research for the following article was conducted by our Minnesota correspondent Henrietta. I am deeply grateful for her assistance, without which the evidence described below would not be detailed here.

On New Year’s Day 2014 a powerful explosion and fire occurred at 514 Cedar Avenue South in Minneapolis, in a predominantly Somali neighborhood of the city.

The building was gutted by the blaze. Two bodies were found in the rubble, and fourteen people were hospitalized, one of whom died later. Within 72 hours, the building had been pulled down into a heap of rubble by a backhoe.


Two days after the blast, before any real investigation occurred — which could never be conducted, anyway, with the potential crime scene destroyed — Greg Boosalis, the supervisory special agent with the FBI in Minneapolis, told the press that there was “no evidence of terrorist activity”.

Ever since that day I have been asking the question: How did the FBI know there was no terrorist activity without examining the scene of the explosion?

The question becomes even more urgent with the with the emergence of the latest wrinkle in the case. According to EUR-Lex , the repository of legal documents for the European Union, the European Commission issued the following regulation back in 2002:

Why did the European Commission list Garad K. Nor et al. as being associated with Islamic terrorists?

As it happens, the EC was acting on a list drawn up by the United States Treasury the previous year, not long after 9/11. According to UPI:

WASHINGTON, Nov. 7 (UPI) — The White House and U.S. Department of Treasury on Wednesday released additions to the list identifying individuals, organizations and businesses with links to terrorist organizations. Those additions are:

For those who have been following the story of the Cedar-Riverside explosion, the name “Garad Nor” may ring a bell.

According to the MN Secretary of State website, Garad Nor is recorded as a “Registered Agent” of Wadani Properties, the company that owned and managed the apartments of the Cedar-Riverside building located at 510 and 512 Cedar Ave South that exploded and burned on January 1. In some reports, Garad Nor himself as listed as the owner. 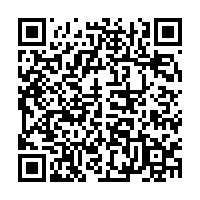