Clarification: This post only deals with one small aspect of Judis’s book.  I have not read the book and nor was it sent to me for a review.  I doubt if I’ll ever see it in its entirety. There have been many complaints/criticisms about the book, such as by Ron Radosh referred to by comments on this post.

For the longest time I’ve been writing/blogging that the myth of United States President Harry Truman as great supporter of the Zionist aim to have a Jewish State made no sense to me. Here’s what I wrote in Has The United States “Unfriended” Israel?:

The two dove-tailed contradictory Harry Truman stories should be looked at carefully.  On one hand, legend has it that he was a great friend of Israel.  Nu, if that was the truth, why did his old buddy, a Jew, have to use protexia, force himself into an appointment with the busy US President and beg that Truman instruct the United States Delegation to the United Nations to vote for a Jewish State?  If Truman had really been so pro-Israel, then no pressure from his friend would have been needed.

I’m a CPA’s daughter.  I can frequently see facts as clearly as numbers, and if they don’t add up, you just can’t convince me that I’m wrong.  So I’m very excited to see that someone much more knowledgable than I has written a book proving me right!

The following is from the excerpt from Genesis: Truman, American Jews, and the Origins of the Arab/Israeli Conflict published in the New Republic.

But in the years leading up to, and in the months following, American recognition of Israel in May 1948, Truman was filled with doubt and regret about his role. The rosy portrayal of Truman’s unquestioning commitment to and constant sympathy with Israel, which is often linked to a picture of the younger Truman as a Christian Zionist, is dead wrong. As president, Truman initially opposed the creation of a Jewish state. Instead, he tried to promote an Arab-Jewish federation or binational state. He finally gave up in 1947 and endorsed the partition of Palestine into separate states, but he continued to express regret in private that he had not achieved his original objective, which he blamed most often on the “unwarranted interference” of American Zionists. After he had recognized the new state, he pressed the Israeli government to negotiate with the Arabs over borders and refugees; and expressed his disgust with “the manner in which the Jews are handling the refugee problem.”

I’m not blogging about this to knock down Truman’s reputation.  What concerns me is that American Jews and Israelis are so desperate to feel loved, to have allies that they we end up fabricating myths like the one about Harry Truman and his support for the nascent Jewish State.

Afterwards, Truman did accept Israel and considered himself a friend, but we must remember that he was prepared to instruct the American representatives to the United Nations to vote “no.”  If that had happened, there’s a good chance that other countries would have followed suit and Ben-Gurion would not have gotten the international support he felt necessary to declare statehood.

We must develop the confidence to act in ways best for Israel’s security without checking for international approval.  We don’t need more unreliable and imaginary allies.

I’m most worried by the fact that American Jews refuse to listen to the truth and prefer to cancel events that may prove their legends lies. 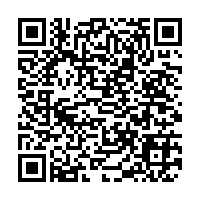