Being the Rov of a Shul where the majority of the Mispallelim grew up celebrating Thanksgiving and their families still do, I am besieged with all types of Shailos before the Yom Tov of Thanksgiving.
Last year at this time of the year, I had my most surprising and unexpected Thanksgiving episode to date.
A “recalcitrant” son in law was refusing to go to his “not-yet-frum-in-laws” for Thanksgiving.
The food would be kosher; the environment would be acceptable; what then was the problem?
After much mediation and hours of conversation the son-in-law finally told me what the ‘real’ issue was.
He was upset because five years ago when he married his wife, he was ‘promised’ “the traditional’ groom’s gift of Jewish books” from his in laws which of course he thought meant a Shas.
His in-laws, being totally foreign to frum culture were very eager to fulfill their obligation; the problem was they had no idea what were ’the traditional set of Jewish books’ that they were supposed to buy for their soon to be son-in law.
The couple, due to nothing but ignorance, went to their local Judaica store in the neighborhood in Florida where they lived and asked the proprietor what is the most famous set of Jewish books that most people use?
The Judaica store owner thought for a moment and then answered with conviction, “A set of Machzorim; everyone needs their own set of prayer books!”
His future in laws promptly bought him a two volume set of the Birnbaum Machzor for Rosh Hashanah and Yom Kippur and they proudly presented their gift to their new son-in law.
Needless to say the son in law was not tickled pink by their choice of gift.
As he himself was a Baal Teshuva, he was hoping of course for the Artscroll set of Talmud Bavli- not an “out-dated” version of the Machzor which was anyway unneeded as he already owned an Artscroll set of Machzorim.
The son-in-law kept his resentment hidden and allowed it to fester until last year at Thanksgiving time he finally he admitted it to me.
After meeting face to face with his father-in-law and informing him of the problem; namely, that his son in-law wants a set of books called “Shas”; the man promptly agreed to resolve the issue and off he went to the local Judaica Store to buy his son-in-law a Shas.
Yesterday, I happened to visit the son-in-law at home.
I asked him if all is set for this year’s Thanksgiving Seudah.
“Yes, all is good; there is Shalom now and we are going tomorrow for Thanksgiving. Thank you for your help last year in resolving the issue.”
“So where is the new Shas? I don’t see it?” I asked as I searched his bookshelves.
The son-in-law pointed to a seven volume set of Seforim.
Upon further inspection, I realized I was indeed looking at a full set of Shas, however, it was not the usual twenty volume set of Shas Bavli –it was a complete set of the Yerushalmi Shas- which has only seven volumes.
“Why did your father-in-law buy you a Yerushalmi Shas?”
I knew that the young man- being himself a relatively new comer to Torah learning- could only navigate the ‘regular’ Talmud Bavli with an Artscroll translation, so I wondered what he was going to do with an all-Aramaic Talmud Yerushalmi.
“Rabbi, it’s all good and I am totally at peace with everything. However, this is how I ended up with a Talmud Yerushalmi.
My father in law walked into a Seforim store and asked for a Shas.
The proprietor asked, “Bavli or Yerushalmi?”
“What does that mean?” asked my father-in-law.
“Bavli means Babylonian Talmud, which is current day Iraq, while Talmud Yerushalmi means the Jerusalem Talmud.”
The proprietor also added (incorrectly regarding the Yerushalmi) that the Bavli was written in modern day Iraq while the Yerushalmi was written in the Holy City of Jerusalem.
My father-in-law replied without hesitating, “My son-in-law is always talking about returning to Jerusalem, so I’m sure he would want the Jerusalem Talmud!”
And that is how I ended up with a Yerushalmi!”
I looked at him and he looked at me and we both began to laugh.
“May this be a lesson to you: never wish for something; you never know- it may come true!”
Advertisement 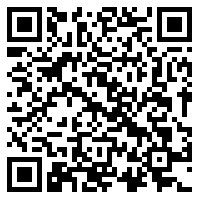