After the Six-Day War, Israel counted the populace of the territories it had taken over in the recent war. On October 3rd 1967 the Central Bureau of Statistics  (CBS) published its initial findings – so the document we’re presenting today was actually never classified at all. We’re posting it here not because it’s been secret all these years, but simply because we’re not aware that it’s online. So now it is.

The document starts out by explaining its methodology: a one-day curfew was placed on each of the various areas, and hundreds of Arabic-speaking census-takers tried to reach every single home (except what they called the ‘wanderers’, presumably the tent-living Bedouin). Every family filled out a form and received a form of confirmation; 20% were asked to fill out comprehensive questionnaires. Since the populace expected potential benefits to accrue from being counted, the CBS reported that compliance had been very high.

The census was taken in August (beginning on the Golan Heights) and September.

In northern Sinai 33,000 people were counted, 30,000 of them in El-Arish; the Bedouin of the vast Sinai desert were not counted.

On the “West Bank” there were about 600,000, not including East Jerusalem.

Beyond the simple numbers, the editors of the report point at a number of possible explanations for the numbers. In Gaza, the Egyptian data from 1965 had about 100,000 additional people, or 25% more than the Israelis counted. Since only a few thousands left as a consequence of the war, and many of them were Egyptians from Sinai and not Gazans, the report assumed someone had been inflating numbers, perhaps by failing to register deaths.

The Jordanian numbers from 1961 were also larger than those identified here, and the editors felt this probably expressed a significant phenomenon of migration during the Jordanian period and after the Six Day War.

The populace of all the territories was very young, children between 0-14 making up the largest group in all areas. the editors were struck, however, by the imbalance between young men and young women; their conjecture being that the relative lack of young men reflected large-scale emigration of laborers. 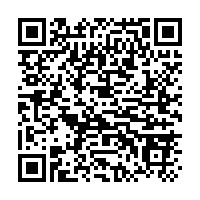