After orchestrating the hasty, dishonorable and endangering Israeli withdrawal from Lebanon in the early summer of 2000, under the orders of Ehud Barak, a retreat that endangered the population of northern Israel, Gantz was awarded another command by Barak. This was the command of the Judea-Samaria Division which gave Gantz not only command of his troops but much authority over the civilian population, Jewish and Arab, in that area [in particular Area C]. He took over the division in September 2000, just a few weeks before the planned “Second Intifada” broke out. One memorable incident from that period was the death of an Israeli Druze officer, Madhat Yusuf, at Joseph’s Tomb outside the town of Nablus [Sh’khem]. The Tomb was an enclave within Palestinian Authority territory that was guarded by Israeli army forces because it is a Jewish holy site, also revered by other religions. Madhat Yusuf was wounded when the Tomb was attacked by an armed Arab mob, organized by Arafat’s minions. The wounds could have been treated but under Gantz’ orders, Israeli army medical personnel could not get to him, possibly because the PA [= arafat] had refused to allow the peaceful arrival of medics. But other Israeli troops were nearby and could have acted to force open the way for medics. But Gantz gave the order to act only after hours of waiting. A few soldiers were killed in the first, clumsy attempt to get through to the Tomb. As to Madhat Yusuf, he bled to death after hours of not being treated.

Barak left the prime minister’s office in March 2001 after widespread dissatisfaction with his general conduct as prime minister and especially with his response to the terrorist insurrection, the Second Intifada, that he dealt with leniently. For instance, Barak allowed Arab snipers to shoot at cars passing on Route One in northern Jerusalem by the Arab Shu`afat neighborhood for about two or three months. One of the victims was a teenaged Arab girl who insisted that Jews had shot at the family van she was in, because Arabs would never shoot at an Arab family, she claimed.


Be that as it may, this sniping was suppressed or in any case ended shortly after Ariel Sharon took over as prime minister. Several months later, in July 2001, Gantz was removed from command of the Judea-Samaria Division. This was curious because commanders of the Division had usually served in the role for two or three years. And here Gantz was replaced after only about nine months. Furthermore, it is unusual to remove a commander while combat is going on.  Akiva Bigman of Yisrael HaYom [3-15-2019] spoke with a senior official close to PM Sharon who explained that Sharon was not satisfied with the army’s conduct in general and with Gantz in particular.

Under Gantz the Division was afraid to attack centers/foci of terrorism and soldiers were not allowed to enter Area A under full PA control according to previous accords, even if terrorists had departed from those zones in order to commit a terrorist act or shot at the troops from Arab villages in Area A.
“The IDF’s hands were tied,” an officer told Bigman. On the occasion of the murder of Rabbi Benyamin Herling, who was hiking on Mount Eibal, the assailants were not pursued although an army unit ready to pursue, was told not to interfere. Nevertheless, the tragic circumstances of the needless death of Madhat Yusuf made his death emblematic of the period.

One of those who spoke to Bigman was General Chico Tamir, He explained that the new commander of the Judea-Samaria Division, Yits’haq Goshen, told his subordinate commanders that they were in a new war situation. And he allowed pursuit into Area A.

Gantz became commander-in-chief against Netanyahu’s wishes. Netanyahu and even Ehud Barak, defense minister around 2010, wanted Yoav Gallant as the new c-in-c. But Gallant was torpedoed by embarassing, if minor, charges against him that appeared in certain press organs. So Netanyahu and Israel were stuck with Gantz who was definitely the default choice.

In the 2014 war against Hamas in Gaza, neither Gantz nor his partner in the Blue-White Party, Ya`alon, then defense minister, wanted to do anything about the 30-odd attack tunnels that Hamas had dug under the 1949 armistice line with the Gaza Strip into pre-1967 Israel. They did not take the tunnels seriously. Yet one soldier,, Gilad Shalit, had been abducted from his base on the Israeli side of the line in 2006, so the top brass should have known and understood the threat. But it seems that Gantz and Ya`alon did not want to deal with the threat of the tunnels through which Hamas could move terrorist squads to attack kibbutzim and farming communities around the perimeter of Gaza. In another cruel event, soldiers were sent into battle in old armored cars [APCs] that could not withstand the anti-tank rockets in Hamas’ possession. These soldiers were killed. Why were such outmoded APCs provided for Israeli soldiers in 2014? Did someone or someones want soldiers to get killed?

In any event, Gantz’s conduct of the war was mediocre if not incompetent. Neither he nor Ya`alon, his partner in Blue-White should ever be in a senior political or military position.

Much of the info in this article, but far from all, comes from Bigman’s article. When Bigman asked the Blue-White Party for a response to his findings, he was told that the question was not “relevant.” 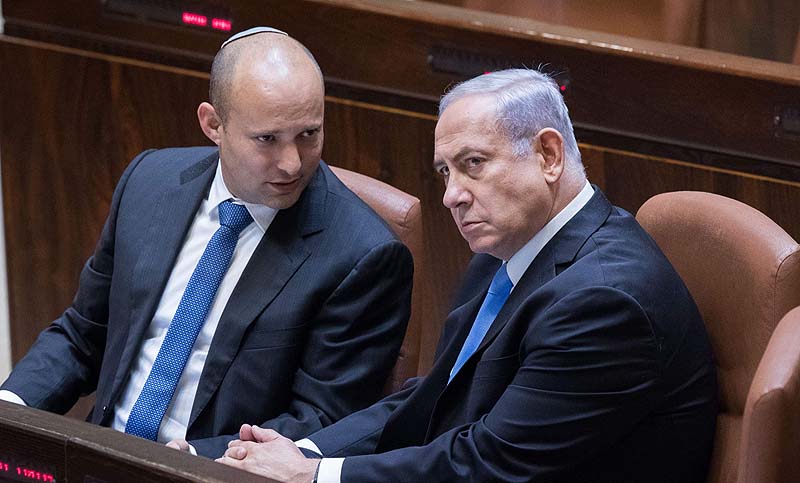