There are many things that get my blood boiling, as many of you who read my posts know. I get infuriated with the United Nations’ incessant bashing of Israel. I get saddened and upset by the constant complaints about Israel. I get mad how Israel is always blamed automatically when something bad in the world happens.

And yet, nothing gets me more upset than when the State of Israel turns its back on a soldier in the IDF. As you are likely aware, a video of a soldier shooting a terrorist who was laying on the ground in Hevron has been met with scourge and hate for that soldier. B’tslem has reared its ugly head once again and acted as judge, jury and executioner. They released this video with NO audio, which seems to show an IDF soldier shooting a terrorist who had been rendered immobile. In knee-jerk reaction, many in the political upper echelons, from the PM on down bought into this blood libel. He was excoriated all over the world (because there is no other issue in the entire world, when it even SEEMS that Israel may have done something untoward). He was tried in the courtroom of public opinion and he has been hung out to dry.

Oh, but wait a minute. What about the OTHER video? You know, the one with AUDIO and the one in which others around the soldier (including members of MADA) express their concern that the terrorist is wearing a COAT in the heat and he is making movements with his hand. They are worried that they are all about to be blown into the next world by a suicide bomber. They even delay placing the injured soldier into the ambulance for fear that the terrorist had one last act in his play of devastation. At that moment, the IDF soldier does what he was trained to do: PROTECT HIS FELLOW CITIZENS AND SOLDIERS. This terrorist came with the intent to MURDER Jews for the crime of being Jewish. Even if there was a slight suspicion he was about to carry out an attack, he needed to be stopped!

B’tselem has done SO much harm to the Jewish State and the Jewish People by proffering a video with NO audio out to the public sphere, and THAT video has been raised up the flagpole–and everyone has saluted.

We can not abandon this soldier! We can not permit this organization and others to slander our soldiers, especially when the soldiers are doing what they are suppose to do!

I call upon our citizens and our elected officials to cease and desist and not put this brave hero into a modern day pillory. Not only does he not deserve condemnation, he deserves a medal for bravery! 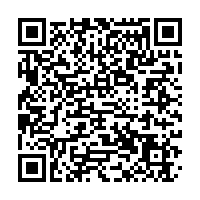