Anti-Semitic leftist Michael Lerner is the Rabbi Impersonator who publishes and edits Tikkun Magazine, a pro-LSD magazine for aging hippies who have severe prostate problems and suffer from constipation. Olde Mikey has no rabbinic ordination of any sort, yet has been pretending to be a rabbi for decades. When challenged to produce his smicha, he invariably insists his dog ate it. Other times he claims to have been ordained by Rolling Stone Magazine. Mikey is the guy who claims Jews themselves are responsible for anti-Semitism. He demanded that Americans respond to the 9-11 attacks by feeling Bin Laden’s pain. He loves to wave his stigmata as he claims to be persecuted by “Rightwing Zionists” (see http://frontpagemag.com/…/poor-michael-lerner%E2%80%99s-pe…/ ). Lerner is a rabbi in the same sense that I am a ballerina.

Lerner invented the “politics of meaning,” which is a pagan New Age pseudo-religion that insists that all of Judaism can be reduced to pursuing the leftist and jihadist political agenda. While he loves to toss out advice to Tikkun readers about “healing” and health, Lerner’s main contribution to science seems to be to prove that someone eating a vegan diet can still be obese.


Our team of analysts has just completed an exhaustive study and has reached the incredible and serendipitous conclusion that Michael of Meaning has been the person inside the children’s TV character Barney the Dinosaur. The first clues were that Barney and Lerner seem to have somewhat similar bodily dimensions and both have that big overbite. But what gave it away was the fact that Barney has been preaching the Politics of Meaning from PBS television stations to masses of unsuspecting children. Indeed, the entire essence of the Politics of Meaning is expressed in the theme song: “I wuv you, You wuv me, We’re a Happy Famil-wee.”

Anyway, there are some new developments regarding Reb Moonbeam. He is increasingly teaming up with and collaborating with Gilad Atzmon.

Gilad Atzmon is a mentally deranged ex-Israeli saxophone player who lives in the UK. Atzmon is an open Holocaust Denier and Neo-Nazi. He has called for the burning down of synagogues. He is so openly anti-Semitic that the usual Bash-Israel groups in the UK are embarrassed by him and tend to keep their distance from him. 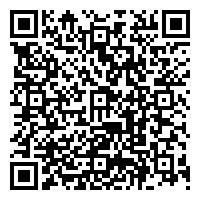