{Written by Ariel Kahana and re-posted from JNS}

When the gunshots rang out, we didn’t panic, but for the wrong reasons. Every evening, the sounds of gunfire bursts and firecracker explosions from the nearby Arab villages pierce the air.


These villages are trapped between Jerusalem’s municipal territory and the separation fence, and no one enforces the law in them. Thus, on Thursday evening when a few friends and I were mingling in the plaza outside the local synagogue, we didn’t imagine that a tragedy had befallen the community of Adam.

The person I was talking to in that moment had lost his daughter just three weeks ago due to a rare amniotic fluid embolism. The daughter died, the baby granddaughter was saved, and the entire community—thousands of people—came to mourn and grieve with him. No one was thinking of terror or anything related to it. Around five minutes later, when a security vehicle sped past us, we understood something had happened. Even then, and perhaps it will sound strange, I assumed it was a criminal incident.

I ran home to the kids. One wasn’t home, but we soon learned he was with neighbors. We locked the doors and waited for things to unfold. My phone soon began vibrating with rapidly incoming reports and updates. A long hour later, we still couldn’t get any information about who had been hurt.

The minutes passed and slowly the mind shifted to the realization that we, too, had come under a terrorist infiltration attack. For years, we had been worried about it. The community-guard group had run hundreds of drills to defend against such an attack; they were rushed to the fence dozens of times due to infiltrations, which later emerged as criminal incidents or just a stray animal. This time, it was real.

Who were the victims? Where exactly did the attack take place? How did the terrorist get inside? Was he a full-time laborer in the community or just someone who jumped over the fence?

My youngest child is having trouble falling asleep. “Dad,” he asks, “why do soldiers and civilians have different ambulances?” “Dad, who died?” “Dad, is it close to us?” “Dad, I have a friend on Savyon Street but he always fights with me,” he concludes with, finally slipping into sleep.

And like my son, we will all continue with our daily routines and lives. In the north, missiles are falling. In the south, they are burning fields. In Judea and Samaria, they are stabbing with knives. Everyone across the country has been suffering this Arab hatred in their own way, but we grit our teeth. This is our country and we will not move from it. It’s a shame the Arabs, or at least a minority of them, continue to try killing us. It’s too bad that the governments of Europe continue to encourage them, either directly or indirectly. It’s a shame that our government isn’t doing more to settle the score with these murderers and those who send them. Completely blocking funds from the Palestinian Authority, as long as it insists on paying terrorists’ “salaries,” is a good first step.

Despite all this, however, we will overcome. For more than 100 years, the Arabs have killed while the Jews have built and cultivated. And this is precisely what we’ll continue to do. 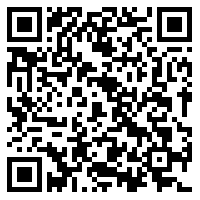