The startling findings of a recent Jewish People Policy Institute study drew an Ha’aretz headline of “Low Marriage Rates and Intermarriage Threaten Future of U.S. Jewry” and an Arutz Sheva’s headline asking, “Is there a future for non-Orthodox American Jewry?” The study found that outside of Orthodoxy, fewer Jews are getting married, those marrying are marrying later and having fewer children and intermarriage rates are increasing.  The combination of these three factors raises the daunting question of the future of American non-Orthodox Jews.

In contrast to the other denominations, studies show that the Orthodox community is on the rise and exhibit high levels of demographic stability.  While that conclusion is gratifying and validating, it is absolutely no cause for celebration or triumphalism.  Realize that the hemorrhaging of other denominations is not the result of Jews flocking to the Orthodox community.

Nor do I share the glee some feel over the prospective demise of the competition. Surely, we have many sharp differences with the Conservative and Reform movements, and these should not be sloughed over or blurred. However, we also share many values with them – and this, too, should not be obscured. Their disappearance might strengthen us in some respects, but would unquestionably weaken us in others. And of course, if we transcend our own interests and think of the people currently served by these movements – many of them, both presently and potentially, well beyond our reach or ken – how would they, or klal Yisrael as a whole, be affected by such a change? Can anyone responsibly state that it is better for a marginal Jew in Dallas or Dubuque to lose his religious identity altogether rather than drive to his temple?

If the muscles of the left arm atrophy or the arm needs to be amputated, it is hardly a comfort that the right arm is strong and has larger muscles than ever.  Sadly, rather than an honest review and return to tradition, ritual and halacha, there has been a doubling down of the policies and ideology that have brought these results to begin with.

Some have suggested an embrace of patrilineal descent as a solution.  Others argue it is time for rabbis to officiate at intermarriages.

Aside from representing gross distortions of halacha, mesorah and the will of the Almighty, these suggestions don’t actual address the core issues. They simply attempt to put a Band-Aid over a deeply infected wound that is gushing blood.  Indeed, they are the equivalent of cooking the books or manipulating earnings so that they appear to report profit instead of loss.  Recognizing patrilineal descent or accepting intermarriage just gives the illusion of addressing the problem; it doesn’t actually do anything to address the very real threat facing the future of American non-orthodox Jewry.

If one thinks the Orthodox community is unaffected by these suggested monumental shifts in policy, they are grossly mistaken. Individuals and families who will have grown up thinking they are Jewish will meet our children through NCSY or at their college Hillel and their Jewish status will come into question.  Children who apply to attend day schools or families that will seek membership in our shuls may have questionable statuses.  This potential shifts in policy and practice will not only fail to stem assimilation, but it will further divide our people.  This is not a hypothetical issue that may arise in the future.  This is happening now in our own institutions and among families in our own community.  I see these issues arise frequently – and tragically.

The antidote to these devastating demographic findings is not less adherence to halacha, but more.  When talking about the mitzvah of tzitizis, our rabbis (Bamidbar Rabbah 17:6 and see Nesivos Shalom) provide the following metaphor.  A person was once cast into the sea and was drowning.  The Coast Guard threw the person a rope and said grab on. If you hold onto it, you will survive but if you let go, you will be swept away and disappear.  Wearing tzitzis reminds us of our commitment and responsibility to a life of Torah and mitzvos.  Grabbing on to those ropes and what they stand for gives us life.  Tzitizs themselves are not the solution, but they are symbol of a lifestyle of mitzvos.   Eitz chaim hi la’machazikim bah, the Torah is the tree of life for those who grab onto it.  Let it go and you will be swept away.

The storms of change are raging around us.  The current is getting stronger and stronger and sweeping more and more people away.  The only way to stay safe, and remain true to our values, our traditions and our obligations, is to make a commitment to not only hold on to Torah, but to demonstrate a willingness to swim upstream at times, to go against the tide, to dare to be different and to be willing to stand out.  This is no easy task and takes great courage, but we have it within our very DNA because our great patriarch Avraham planted it there.  Avraham was called Avraham Ha’Ivri meaning mei’eiver, on the other side.  When the whole world took one position and stood on one side, he had the courage to stand out, remain true to the vision and will of the Almighty and to stand on the other side, even when it meant standing by himself.

You cannot remain static in this torrent river just by standing firm in your place – you must actively swim against the flow.  You may not be successful in swimming upstream, but at least you will not be swept down by the flow.  So it is with spiritual life and the purity of spirit that you have attained.  You cannot retain them against the flow unless you continue to struggle for spiritual growth.  You must swim upstream without respite – upward, onward against the flow.  There may be a limit to how far you can go, but at least you will not be drawn down with the flow.

W.C. Fields once said, “Remember, a dead fish can float downstream, but it takes a live one to swim upstream.”  Those who are spiritually dead, cut off from our timeless and time tested traditions, are floating away.  We, the community who are willing to swim upstream, must not only swim harder, but we must be willing to grab on to those around us and share our life preserver (the Torah).

The potential demise of other denominations is no cause for celebration.  It is an opportunity —  and an obligation  —  to reach out and share the beauty, majesty, meaning and joy of a Torah lifestyle.  These findings demand a mass movement of outreach.  The needle won’t move and the problem won’t be solved by kiruv professionals and rabbis alone.  A difference will only be made when every Torah shul, institution and individual sees as part of their core identity and personal mission to not only hold on to the sturdy tree of Torah (eitz chaim hi la’machazikim bah) to prevent being swept down the river, but to reach out and extend a hand to those floating by.  We are proud that BRS has a dedicated outreach rabbi on our staff whose mission is not to service our members per se, but to run outreach programs, make contacts in the greater Jewish community and minister to those who are integrating into the community.

Milton Friedman, the great Nobel Prize-winning economist and professor at the University of Chicago, had a very simple suggestion for how to identify a person or institution’s priorities.  Many people eloquently describe their beliefs, values, and principles and talk about what is most important to them.  Friedman advised to ignore what they say.  If you want to truly know what someone’s priorities are, it is simple – Look at someone’s budget and you know what is important to him/her.  See how someone prioritizes their money and you will know their priorities.

We claim to care about outreach but do our institutions, shul and schools have an outreach budget?  Do we have dedicated people working on this cause?  Do we put our money where our mouth is?

This is our generation’s test; it is our challenge.  Many summers ago, I worked at Aish Ha’Torah in Jerusalem as an advisor in their Discovery program.  My friend and I were fresh out of yeshiva and when asked to recruit at a particular location that we didn’t feel was appropriate for “bnei Torah” to spend time, we resisted.  A meeting was scheduled with Rav Noach Weinberg zt”l, founder of Aish.  After some small talk, he asked us what the problem was.  We explained that we were yeshiva guys trying to work on ourselves and we didn’t feel that it would be good for our neshamos to hang out at an immodest location.  I will never forget what he answered.

He looked us in the eye and with the greatest sincerity said, “Let me ask you.  If you were in Eastern Europe and the train was leaving to Auschwitz and a woman extended her hand for you to pull her off, would you hesitate to take it because you are a yeshiva guy?!”  “Well,” he said, “the train is leaving and it is taking millions not to Auschwitz, but to assimilation and oblivion.  You need to go recruit and figuratively extend your hand to pull people off the train and redirect them from assimilation and into Discovery.”

It has been said that in Europe they killed us with hate and in America they are killing us with love.  These statistics bear out that truth and challenge us to ask ourselves, will we rise to our generations test and care enough to not only be willing to swim upstream ourselves when necessary, but to extend our hand to those around us who are being swept away.  If the answer is not a resounding “yes,” the consequences will be devastating. 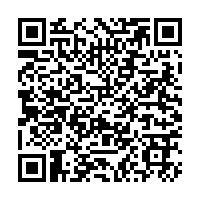